2006 Older Peoples` Homes campaign:
11,000 signatures were collected in the UNISON campaign. the council took the decision to still close Dale House, but keep Underhill open until at least 2009, with Nelson Mandela House and Merry Hill safe for the moment but potentially becoming dementia units in the future. 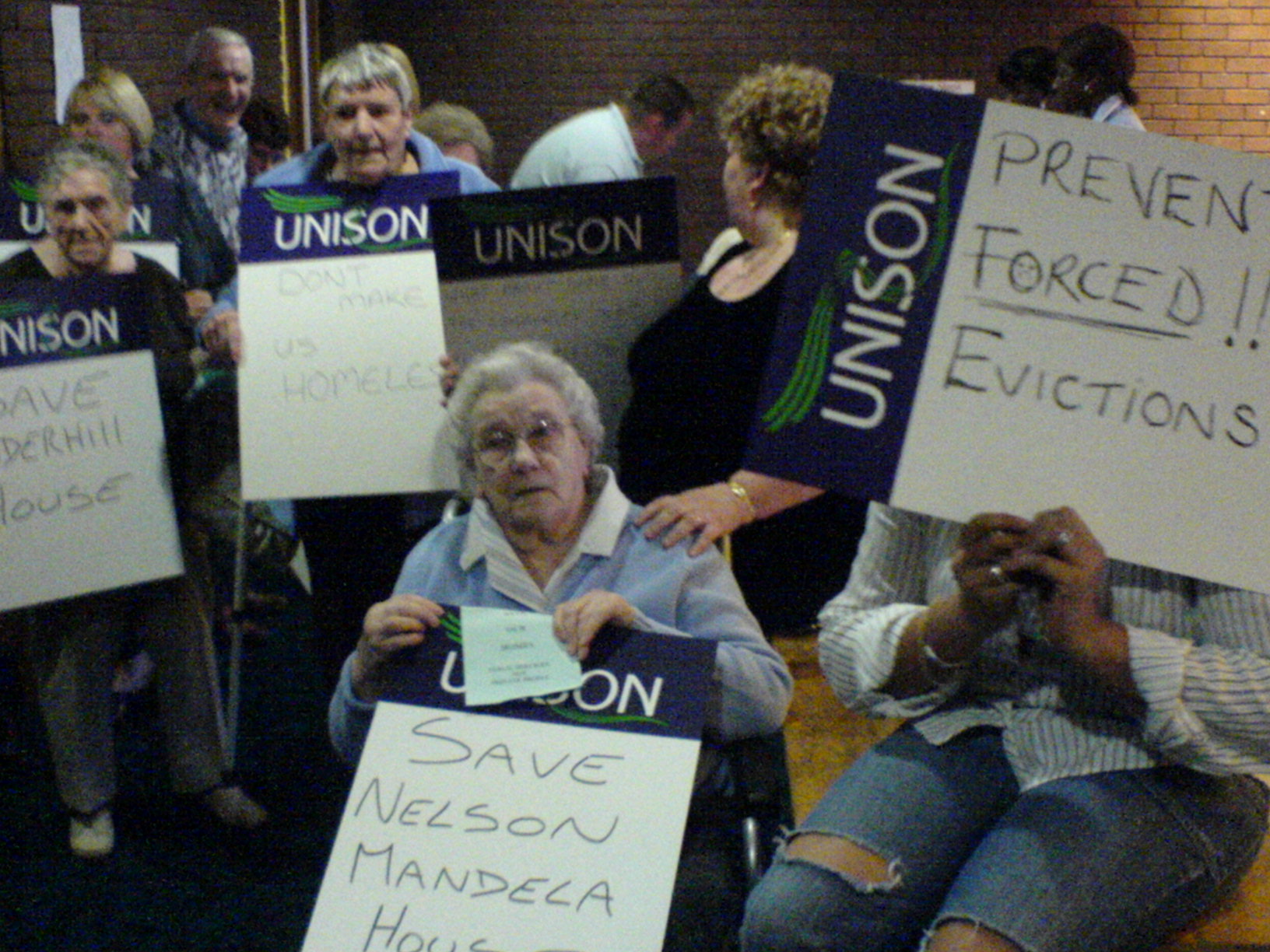 Lobby of Wolverhampton councillors
The Council met Wednesday 20th September 06 and were `welcomed` by over 40 residents and UNISON staff members!

Wolverhampton Council have begun consultations on the future of Elderly peoples homes in Wolverhampton.
The homes which are being looked at are:
Dale House,
Underhill House,
Nelson Mandela House&
Merry Hill House.
It is clear that the over-riding reason is to save money.
Their plan is to retain Merry Hill and Nelson Mandela, whilst closing Dale House and Underhill House. Both are long established homes and we believe just as much part of their community as the local shop or Doctors.
We believe that the present residents (some of whom have lived in the homes for over io years) and those in the future, have the right to live out their twilight years within the community in which they lived and raised families, rather than being moved around the City in the name of efficiency.
UNISON (the union which represents employees in the homes,) supports the fight to keep them open. Whilst you might say "they would wouldn't they?", UNISON believes that a better service is provided by council staff, because not driven by the need to make profit, council staff receive better training, better conditions and are able to provide a better standard of service.

LOCAL LABOUR COUNCILLORS OPPOSE CLOSURE OF UNDERHILL. The Ward Councillors for Underhill have written directly to the Director for Social Care Glen Mason, Civic Centre, Wolverhampton, asking him to keep it open. Make sure you do the same!