The End of COP26: What Decisions Were Made and How Do They Affect You?

In November 2021, representatives from over 200 nations around the world came together to address the global problem of climate change. The annual United Nations climate change conference took place in Glasgow, and ended on 13th November.

But what was discussed? What decisions were made? And how will they reflect you as a consumer? Let’s take a look at how the decisions made at COP26 could affect households in the UK, and why some criticise the actions to be taken as being too little too late.

What is COP26 and why is it important?

COP26 is the 26th Conference of the Parties. Following on from the Paris Agreement of 2016, it is attended by representatives of the countries that signed the United Nations Framework Convention on Climate Change (UNFCCC) in 1994. As well as world leaders, COP26 was attended by representatives from the world of business, charities, faith groups and non-government organisations.

Hundreds of nations from all over the world were in attendance from 27 EU member states as well as the US, Canada, Australia, India, Colombia, Ghana, Nigeria, South Korea and the Democratic Republic of Congo to name but a few. The event was the biggest summit ever hosted by the UK with over 30,000 attendees.

Its goal is to address the biggest ecological crises facing our planet, tackling the climate crisis and creating a global infrastructure for more sustainable living.

COP26 ended with some clear resolutions for further action to be taken around the world to address the current climate crisis. One key takeaway is that, after years of dancing around the issue, COP26 ended with a clear reference to the role of fossil fuels in perpetuating our climate crisis. However, some critics were frustrated by the lack of a more decisive stance on the use of coal. Following a late objection from Indian delegates, the language shifted from the “phasing out” of coal to a more gradual “phasing down” with a reduction of “inefficient” fossil fuel subsidies.

Much of the action on the issue of phasing out fossil fuels was deferred to COP27 which will be hosted in Egypt. However, several decisive actions were decided upon in what became the “Glasgow Climate Pact”.

What are the main decisions taken?

There was some disappointment among environmental groups that more decisive actions were not agreed upon as COP26 drew to a close. Nonetheless, the committee did decide upon several priorities in order to reduce the impact of climate change.

Although nations are not legally bound to take action, US climate envoy John Kerry told CNN that nations in attendance would be bound by the “public scrutiny that holds you accountable to your own promises… That’s a huge level of accountability, frankly”.

The main decisions made in the Glasgow Climate Pact were as follows.

Environmental groups were pleasantly surprised when explicit reference was made to the role of fossil fuels, particularly coal, in exacerbating climate change. The burning of coal is responsible for roughly 40% of the world’s carbon dioxide emissions.

The language of the agreement was changed from “phasing out” to phasing down” following an objection from India. The agreement also includes a commitment to end fossil fuel subsidies.

Trees absorb vast quantities of CO2 and are instrumental in the prevention and reversal of climate change. So it was a relief to see that over 100 countries (which contain 85% of the world’s forests between them) pledged to end deforestation by 2030.

Critics, however, warned that we have seen similar initiatives come and go with very little impact. Climate change expert Prof Simon Lewis said that the world has “has been here before”, citing a 2014 declaration in New York which failed to make a meaningful impact on deforestation. It was also unclear how this would be policed.

COP26 President Alok Sharma expressed gratitude to delicates for “keeping 1.5 alive”, in reference to the Paris Agreement’s goal of keeping global warming at 1.5 degrees Celsius above pre-industrial levels. This is essential in order to avoid a climate catastrophe and prevent the impact of frequent and intense heat waves and storms on our planet.

What will be the next steps for the UK?

The decisions made at COP26 will have far-reaching implications for governments, industries and businesses around the world. But what are the next steps for the UK? The most important include:

How can the climate conference change our lives?

We can expect the decisions made during COP26 to influence our day-to-day lives in a number of ways. And while we should celebrate the transition to a more sustainable way of living, we all need to acknowledge the contributions that we need to make, and what we can do to help to mitigate the effects of climate change. Some of the ways in which we can expect our lives to change over the next 10 years include:

There are lots of ways in which we can make our homes more sustainable. Even little things like switching to a green energy supplier can make a big difference to your household’s carbon footprint.

The government is also looking at new ways to incentivise heating your home using methods that don’t use fossil fuels (i.e. gas). While the Green Homes Grant was scrapped earlier this year, the Boiler Upgrade Scheme could help to offset the cost of installing ground or air source heat pumps, solar water heaters and, in some cases, biomass boilers.

The government has already announced its intention to make the manufacture and sale of new petrol and diesel cars illegal by 2030. However, it has recently announced plans to start phasing out fossil fuel-powered vehicles starting in 2024.  £620m has been dedicated to offering targeted grants to make electric vehicles more affordable to households.

Now there’s one more reason to eat your veggies! The worldwide pledge to halt deforestation will place severe limitations on animal agriculture and the palm oil industry which are among the leading causes of deforestation. As such, we can expect the cost of meat, dairy products and processed foods to rise.

Your pension and investments

Over 400 financial institutions have committed to providing more funding for green technology. As such, you can expect your pension provider to start investing more of your money in green technologies.

Did COP26 meet the expectations?

While Prime Minister Boris Johnson has been quick to tout COP26 as a grand success, many critics are quick to point out that the proposed measures, while welcome, will be insufficient to reduce global warming to 1.5C. Indeed, what has been agreed is projected to reduce global temperatures to rise by 2.4C, which will still do irreparable damage to many of the world’s most climate-vulnerable nations.

Time will tell whether the UKL is able to lead by example and exceed its commitment to reverse the damage we’ve done to our planet before we reach the point of no return.

reprinted with permission of Chloe Davies of Papernest 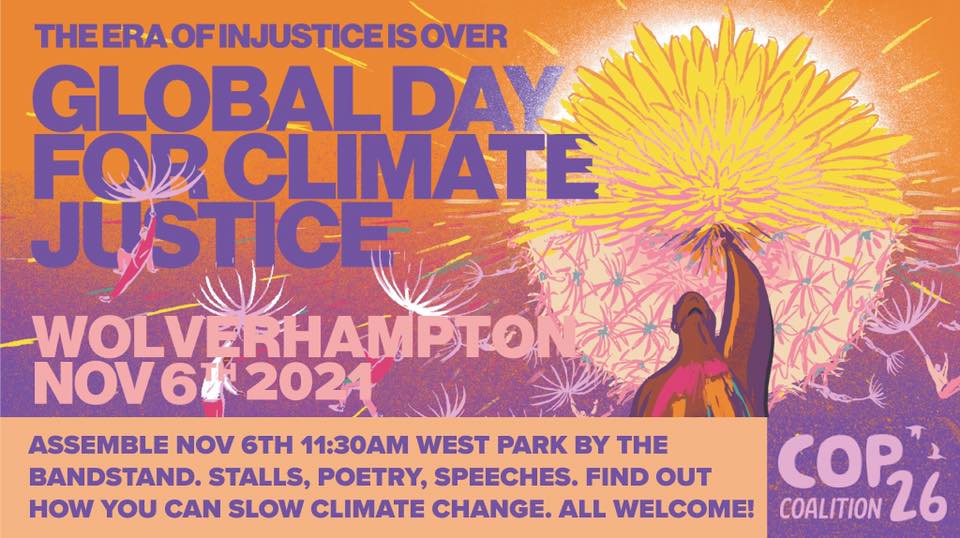 The UK Government hosted “COP26” – the UN global climate summit – in Glasgow  November 2021. This summit is where world leaders come together to decide our future.

The global climate emergency is here and now, already exacerbating natural disasters and human inequalities and will shape the coming years. We urgently need action that reduces carbon emissions while protecting and creating good, green jobs and a more equal society.

Yet despite the global trade union movement ensuring that previous COP summits have agreed to call for a “just transition” (i.e. one that protects workers and our communities) our Government is not doing nearly enough for workers.

That is why we are supporting the call from the COP26 Coalition for trade unions and workers to join the global day of action for climate justice on November 6th.

On the day of action, there will be major demonstrations in cities across the UK, as well as countless others across the world.

The Trade Union Caucus within the COP26 Coalition is working with unions and trades councils across the country to ensure there are big, united and powerful “Trade Union & Workers Blocs” (i.e sections) on each demonstration.

supported by Midlands TUC who are encouraging unions and supporters to: