Protest the Tory Conference in Birmingham 2018

Ahead of the Conservative Party Conference in Birmingham, thousands of ordinary workers marched to call time on failed austerity and instead to campaign for a new deal for working people.

Our message could not be clearer. There is an alternative: 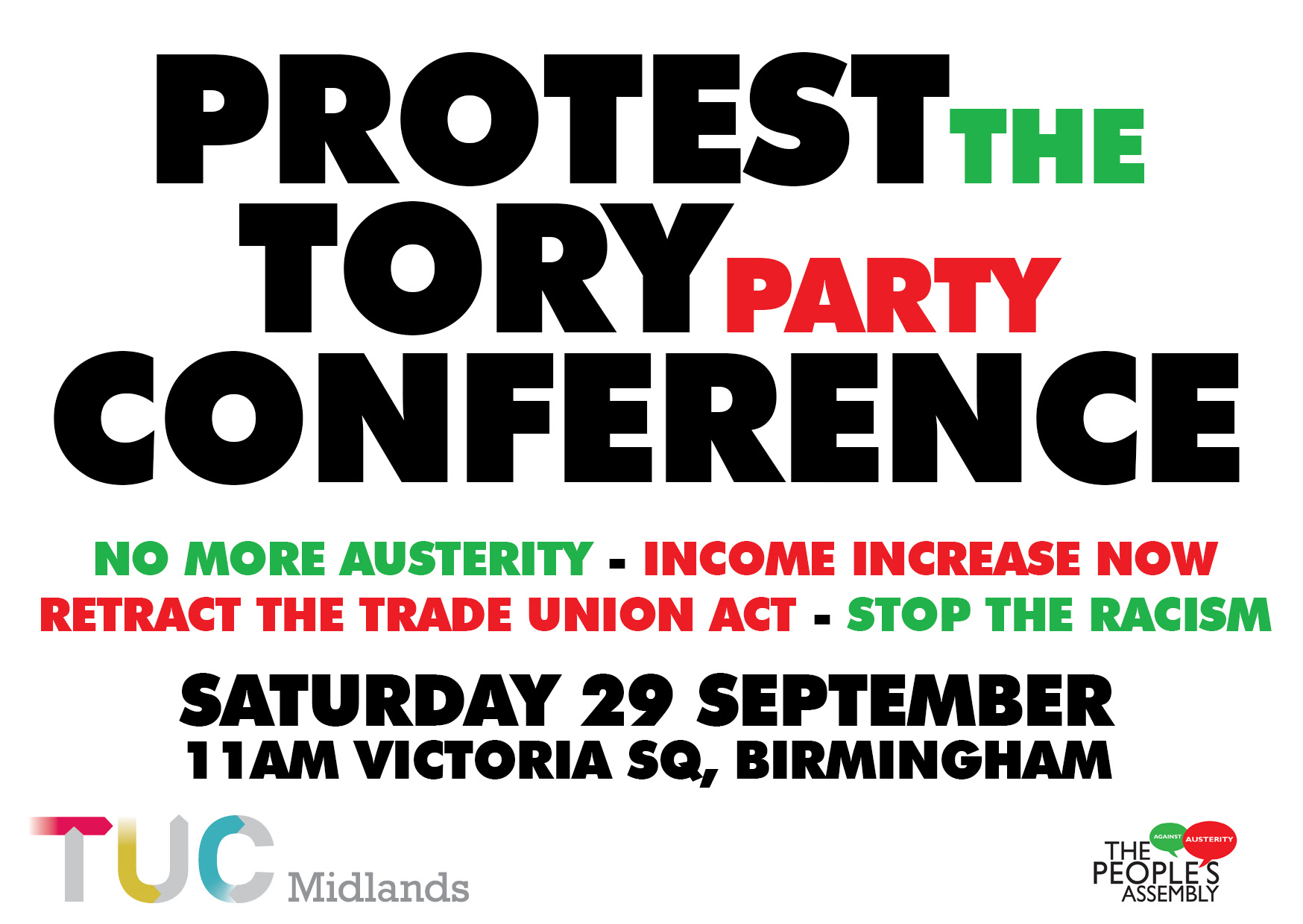 Ten volunteers from Wolves TUC & Peoples Assembly leafleted for this demo at Wolverhampton train station from 7.30am on Thursday 27th September.

Morning Star the left's daily paper, is co-operatively owned by it's readers and essential reading for all trade unionists