This new People’s Assembly pamphlet is very useful in winning yet more people to an anti-austerity position, and convincing them that there is a real, practical and achievable alternative.

A damning report  which suggests that Tory austerity policies are responsible for 120,000 extra deaths. One of the authors accused the Tories of "economic murder". The report identified that mortality rates in the UK had declined steadily from 2001 to 2010, but this reversed sharply with the death rate growing again after austerity started. Read more about this story here 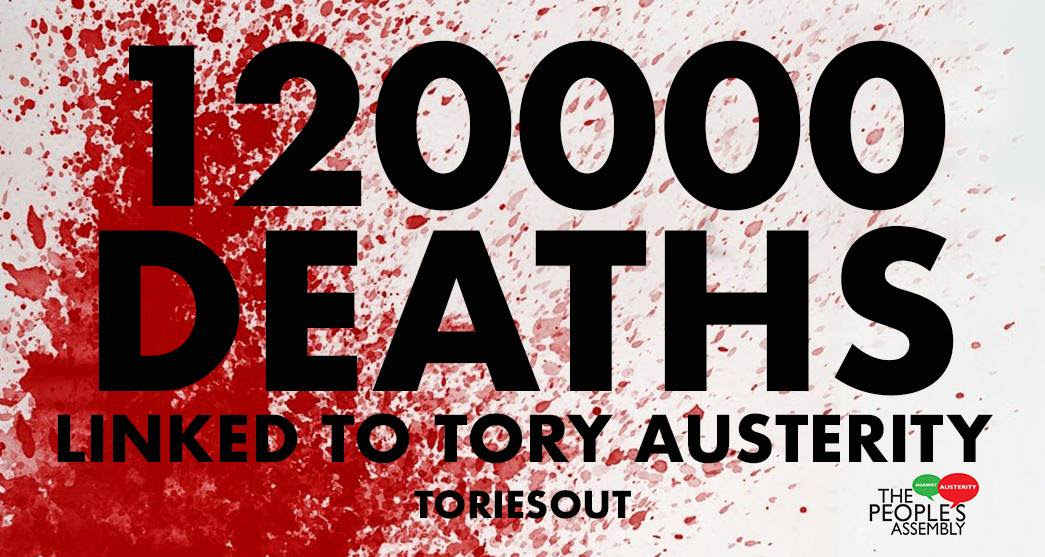 Build Bridges Not Walls! Wolves Stand Up To Trump!

Called by: Black Country Stand Up To Racism & University of Wolverhampton UNISON

Wolverhampton is a proud multicultural city, we will not stand silently by when anyone seeks to divide us from our fellow citizens, whatever their race or religion. Donald Trump must not be granted a State Visit to the UK unless he rescinds his racist & Islamophobic travel ban.

We stand in solidarity with our Muslim sisters and brothers! BUILD BRIDGES NOT WALLS! SAY NO TO THE #MUSLIMBAN! 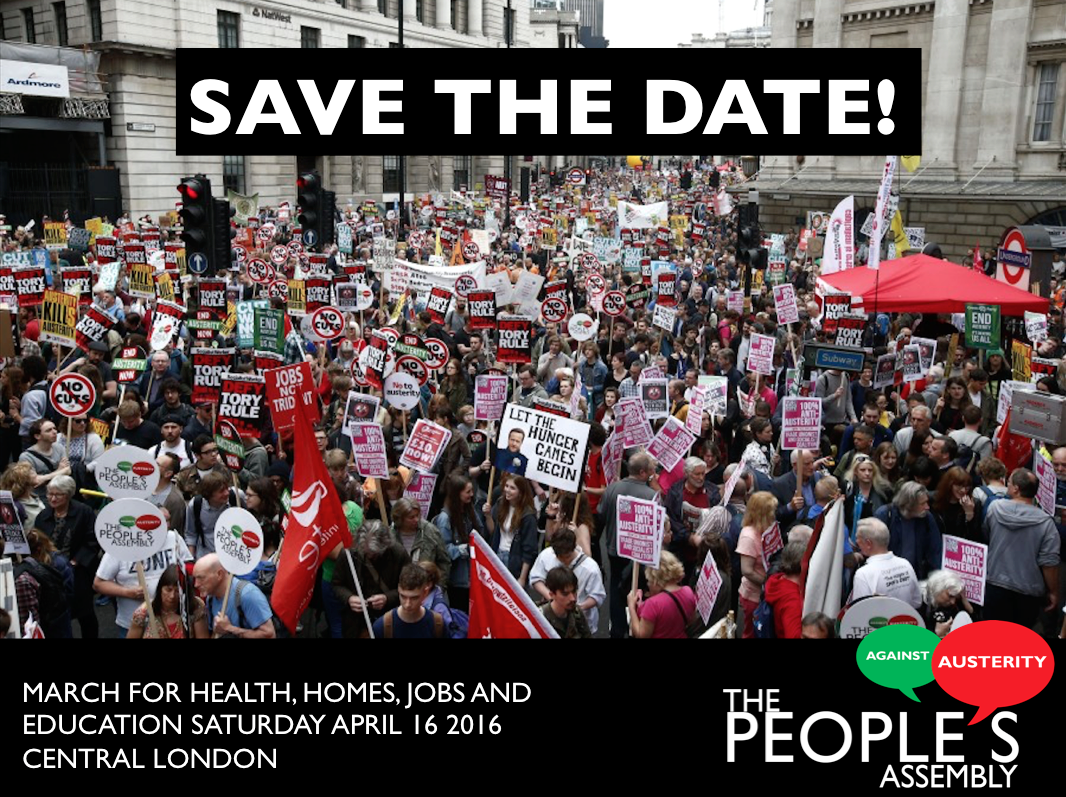 Just weeks after the general election, the People's Assembly called a major  national demonstration on Saturday 20 June to send a clear message to the new government.

This message is simple - we demand an alternative to austerity and to policies that only benefit those at the top.

People's Question Time event Thursday 30th April 2015
Panelists:
Phil Walker( Wolverhampton Labour Party)
Aaron Kiely (National PA)
Cllr. Will Duckworth (Green Party)
Prof. Marina Prentoulis (SYRIZA)
short introductory contributions by each of the panellists on the question "Is there an alternative to austerity?" and then opening up to questions from the audience along the lines of the BBC's Question Time. Perhaps we could ask questions to be submitted in writing on the night so that we can ensure a balance of topics covered and to cut out lengthy speeches from the floor.

Hands off our Unions

Thanks to the thousands of people who have already signed the 'Hands off our Unions' statement.

Click here to add your name to the statement

The People's Assembly is launching a nationwide campaign around the 'Hands off our Unions - defend the right to resist' statement, starting with a rally in Central London in January and then rolling it out across the country.

Around 100 people attended and joined sessions on:

We do not seek to replace any organisations fighting cuts. All are necessary.

But we do believe that a single united national movement is required to challenge more effectively a nationally led government austerity programme.

We do not accept that government's austerity programme is necessary.

The banks and the major corporations should be taxed at a rate which can provide the necessary resources.

Austerity does not work: it is a failure in its own terms resulting in neither deficit reduction nor growth.

It is not just: the government takes money from the pockets of those who did not cause the crisis and rewards those who did.

It is immoral: our children face a bleaker future if our services and living standards are devastated.

It is undemocratic: at the last election a majority voted against the return of a Tory government. The Con-Dem coalition has delivered us into the grip of the Tories whose political project is the destruction of a universal welfare state.

We therefore choose to resist.     We will concentrate on action not words.

The People's Assembly will support every genuine movement and action taken against any and all of the cuts. We support all current industrial actions by the unions.

http://birminghampeoplesassembly.wordpress.com/
facebook: Birmingham People’s Assembly  https://www.facebook.com/groups/168838153287776/?fref=ts
The People’s Assembly in London summer 2013 was a real success in bringing together more than 4000 people determined to fight the cuts and the ConDems austerity.

Tony Benn "The People’s Assembly has a plain and simple goal: to make government abandon its austerity programme and if it will not, to replace it with one that will."

The Assembly agreed and asked supporters to organise broad based local People’s Assemblies to develop work against cuts and privatisation;  to help get the best possible turnout for the Demonstration in Defence of the NHS on 29th September at the Tory Party Conference in Manchester andmass civil disobedience on 5 November.  At the TUC, congress unanimously passed support for the Peoples Assembly action.

Local People’s Assemblies need to reflect the communities they seek to represent.

That means pulling together a broad coalition of all those who will stand together against austerity.

The People's Assembly needs your help

Morning Star the left's daily paper, is co-operatively owned by it's readers and essential reading for all trade unionists