Firefighters union FBU will be striking 14-21st July see www.wolvestuc.org.uk for details – please visit picket lines to show solidarity. The Fire Brigades Union has been in negotiations with the government for three years in an attempt to avoid the implementation of proposals that they say would see firefighters paying more, working longer and receiving less.

Saturday 18 October TUC mass demonstration in London under the banner of Britain Needs a Pay Rise. We have booked a coach from Wolverhampton

1st May event, £267 of £1,360 still to raise – further requests have been sent out, please make cheques payable to “Wolverhampton May Day Committee” 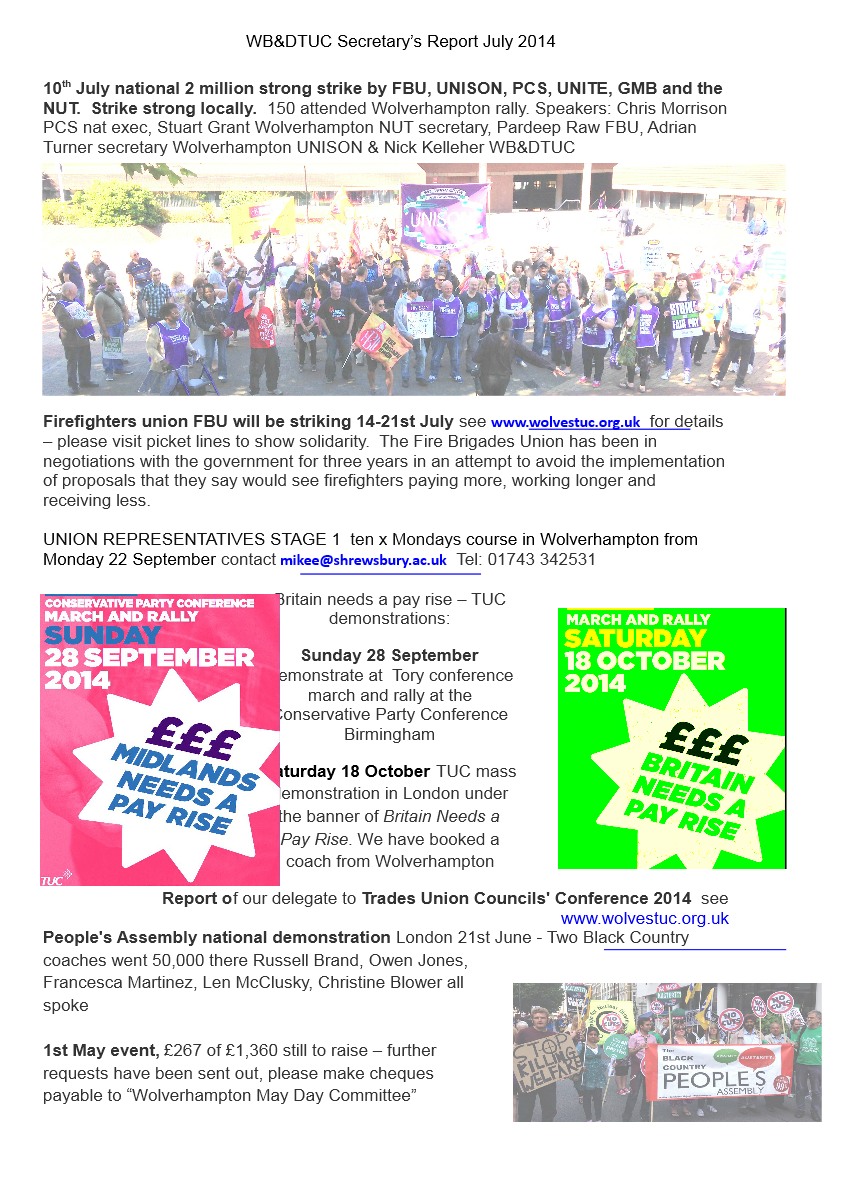