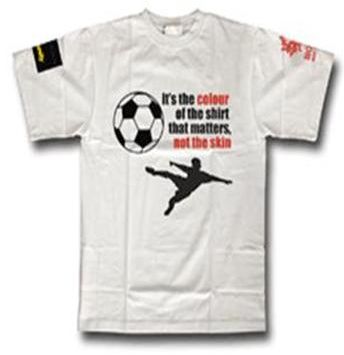 This is the latest stage of our anti-fascist campaign. The leaflet challenges the views of football fans and hopes to dissuade them away from the likes of the Bnp and EDL by challenging the notion of racism in sport.

As part of a national initiative organised by KICK IT OUT and HOPE NOT HATE with local assistance by Wolverhampton, Bilston & District Trades Union Council, we leafleted Wolverhampton Wanderers fans on 16th October
We did our bit for the Barking & Dagenham anti-bnp campaign by leafleting West Ham’s away fans.

Wolves FC gave a tannoy announcement about the campaign. 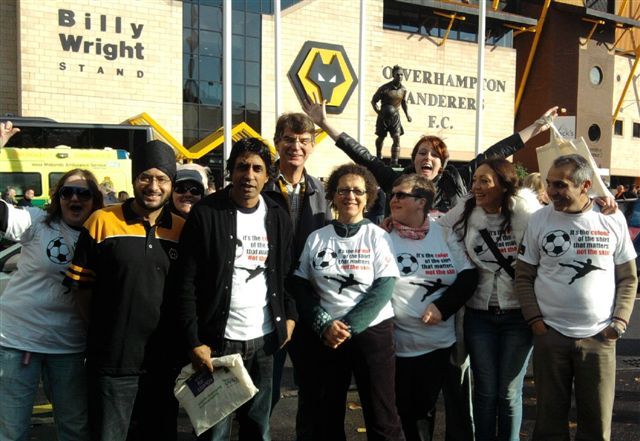 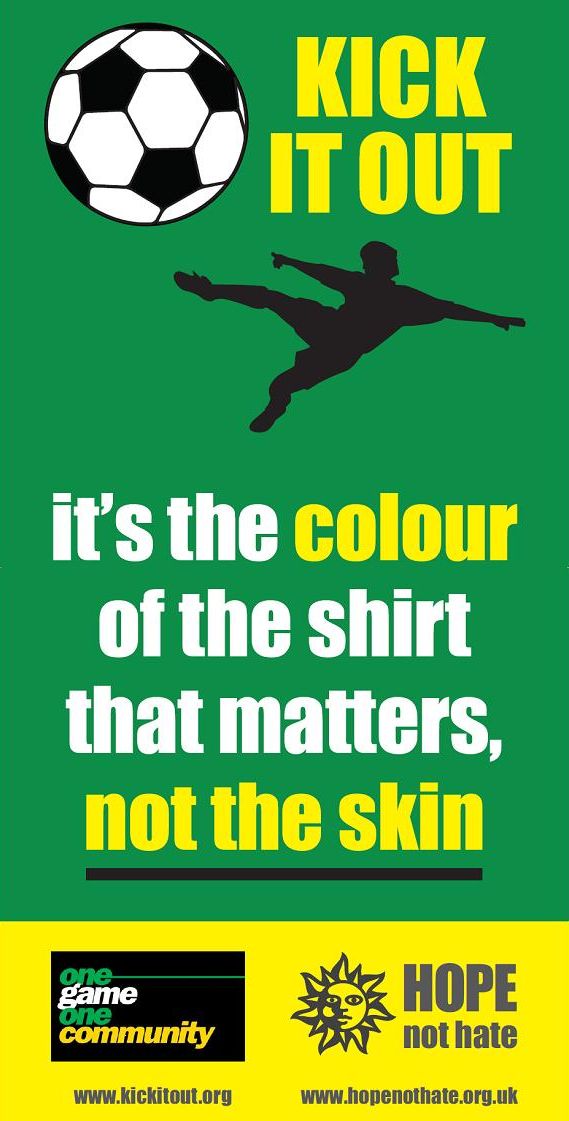 The 2010 One Game One Community weeks of action takes place from 14th-26th October.

This year’s campaign promises to be the biggest to date, and will feature activities from park pitches to the Premier League.

With over 1,000 activities nationwide taking place between two weekends, the weeks of action is widely considered sport’s largest equality and community engagement initiative.

Synonymous with many supporters for the iconic Kick It Out t-shirts worn by high profile players, the weeks of action mean much more.

As well as continued support from some of the biggest names in football, the weeks will also have a major impact on local communities, grassroots football and in schools and education.

The scope and scale of Kick It Out’s work has shifted with the footballing landscape, and matters concerning gender, sexual orientation, religion and disability are now as much a part of the campaign’s remit as race and skin colour were back in 1993. This is reflected in the Equality Standard, a framework devised for clubs to help with their equality and diversity practices. 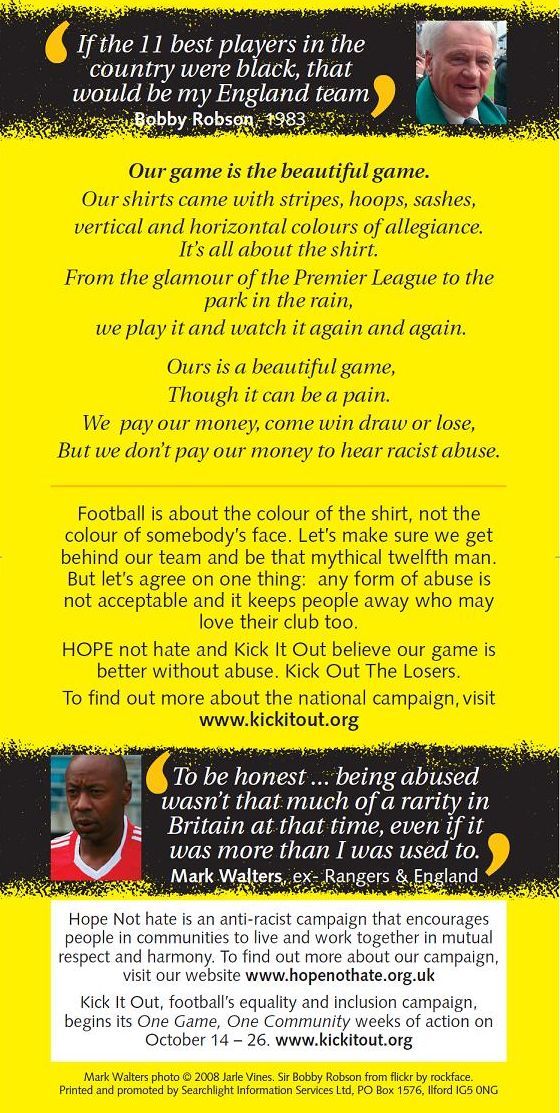