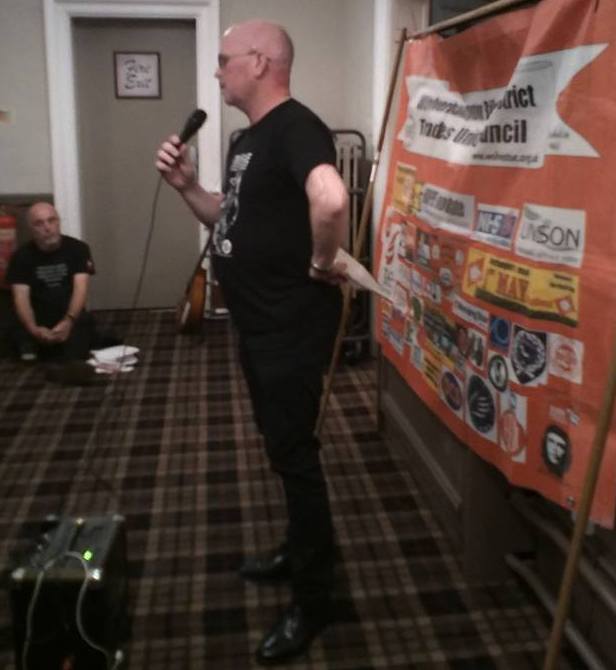 former MP, Ken Purchase  paid tribute and drew the raffle with prizes: House of Commons whisky, £25 from Thompsons Solicitors, Attila’s autobiography and George Barnsby’s History of Socialism in the Black Country and the No.1 of our 150 anniversary badges 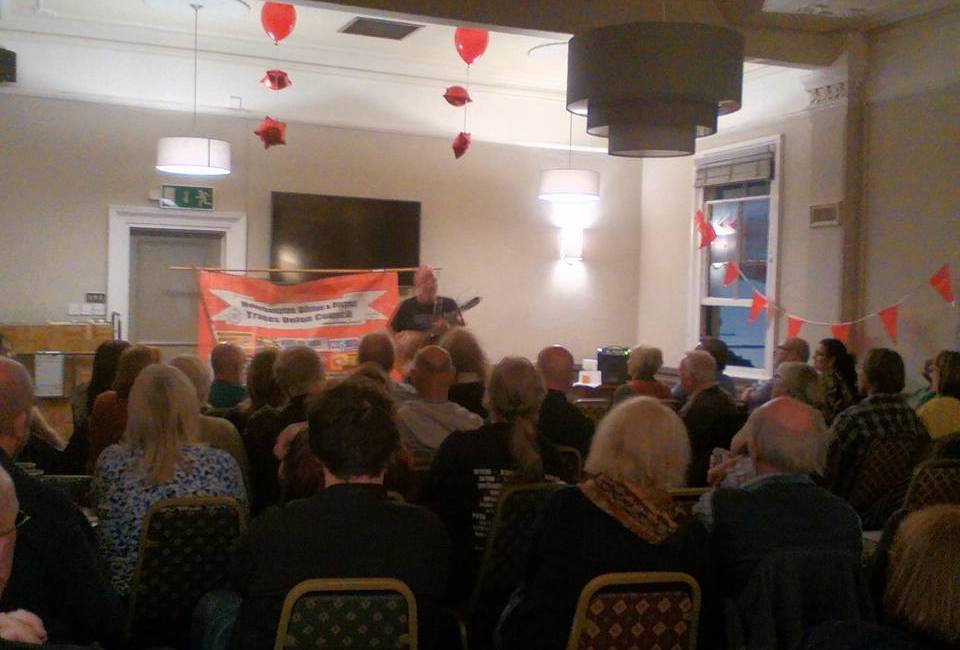 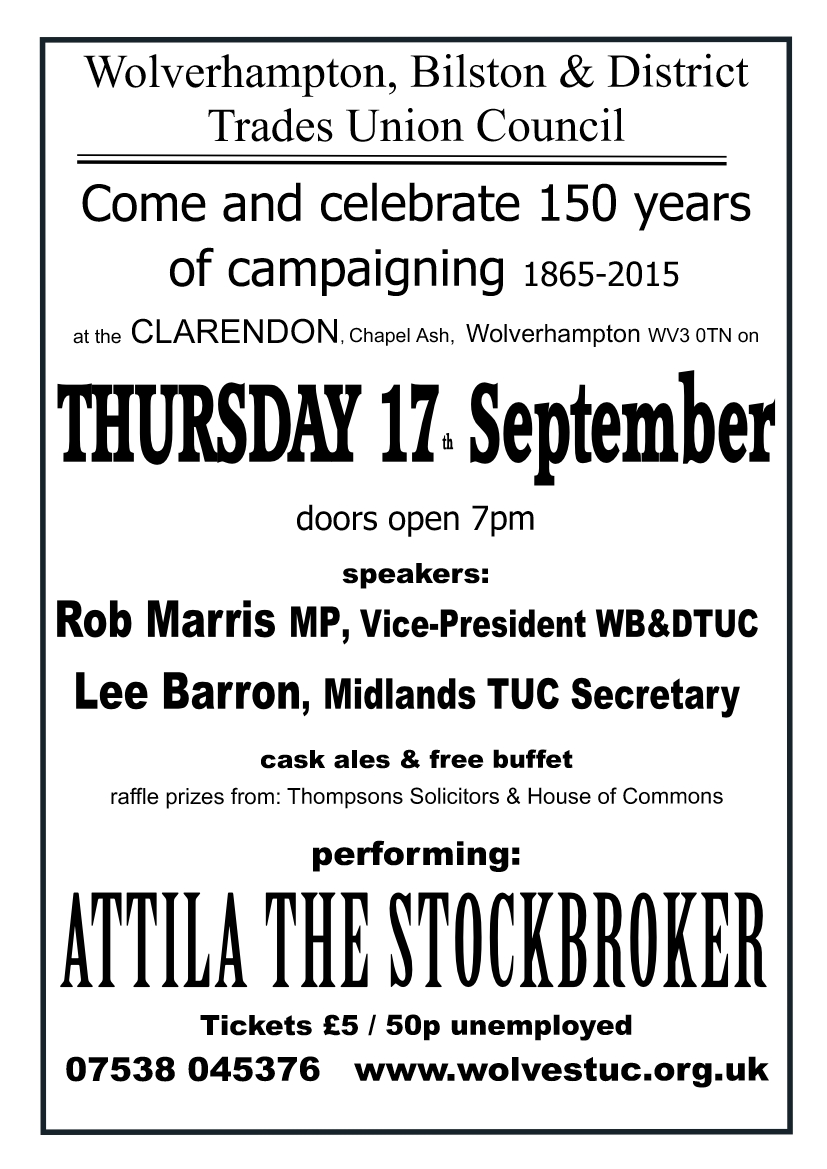 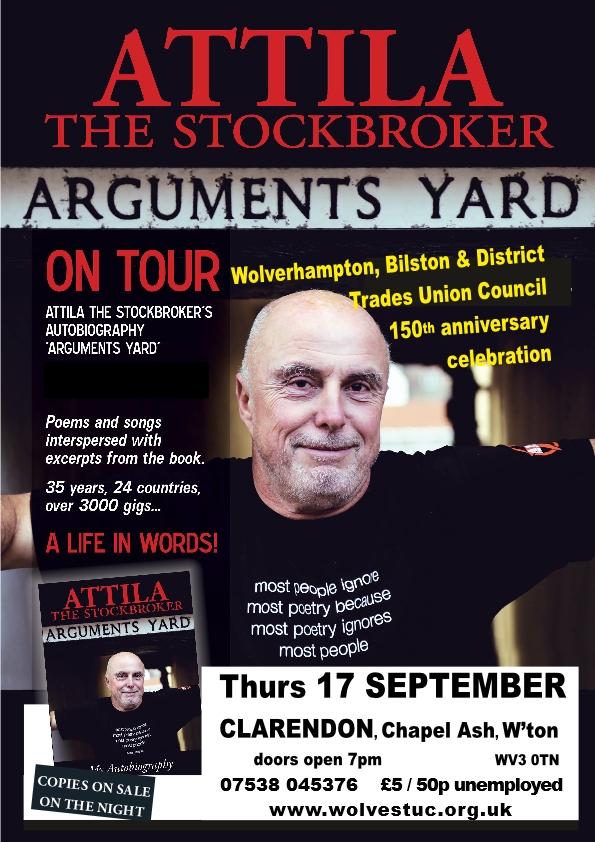 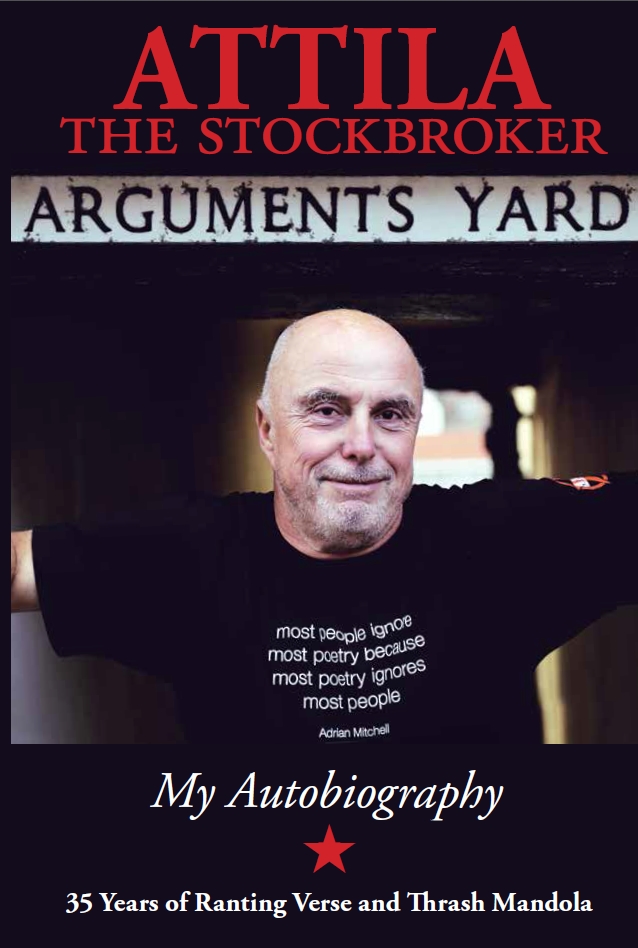 ‘Whether he’s ranting a poem or bashing out a song, there is something magnificent about Attila in full flight’