Wolverhampton’s biggest strike in a generation. 30-11-11 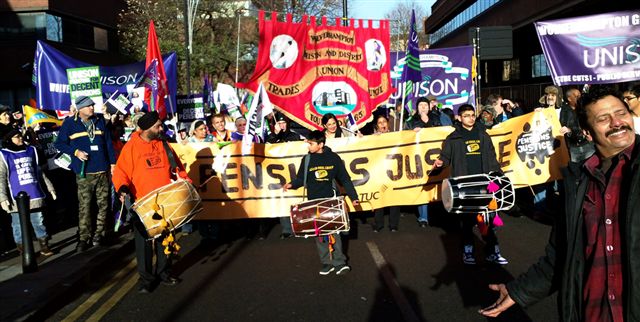 There were mass closures of services across the city.  After morning picketing from early hours in the morning, 2,000 strikers assembled in front of Civic Hall on North St.  This was over three times the predicted size.

We marched behind a 20-foot Pension Justice banner and the Azaad Dhol players with flags, placards and local union branch banners around the city centre.
Followed by a rally with short speeches from local leaders of striking unions:

Head Teacher quoted by Cameron on June 30th strike closed her school
Early Day Motion 2489 lists a tiny proportion of MPs supporting INDUSTRIAL ACTION on 30 NOVEMBER.
It demonstrates how out of touch MPs are with the public and how little they care for our human right to withdraw our labour.
Sign the epetition to the government on Public & Private Pension Increases – change from RPI to CPI
e-petition is way to influence government policy in the UK.
If the petition gets at least 100,000 signatures, it will be eligible for debate in the House of Commons.
Call the BBC to complain about Jeremy Clarkson for his comments on The One Show Nov 30th, about shooting strikers in front of their families.
RING 0370 010 0222   It only takes a minute to do and none of your personal details need be given. or do it online  …. 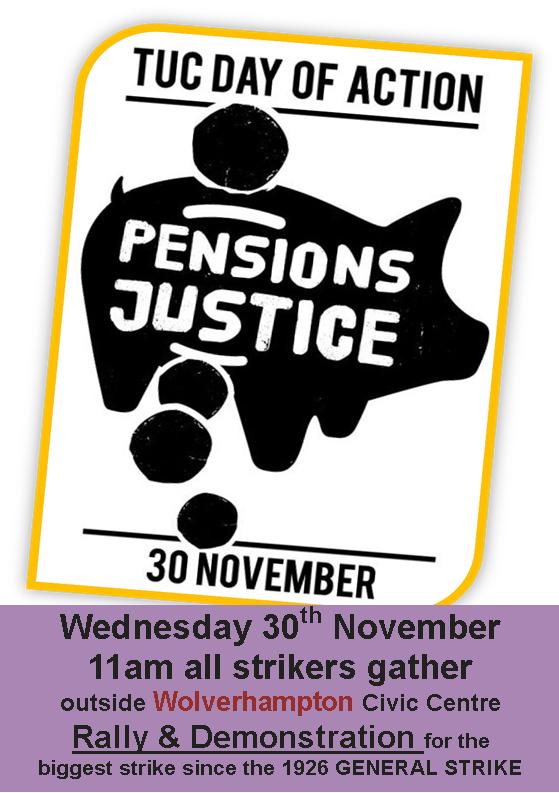 Workers paying into public service pensions will have to pay more, and work longer to receive smaller pensions, under the government’s plans.

Try the calculator to give a prediction of how much extra pension contributions will cost, on each of the five main schemes, based on your income and working hours. It will tell you more about the implications raising the pension age will have on the value of your pension, and show you how the switch to a different method of measuring inflation will reduce the value of pensions in payment, year on year. 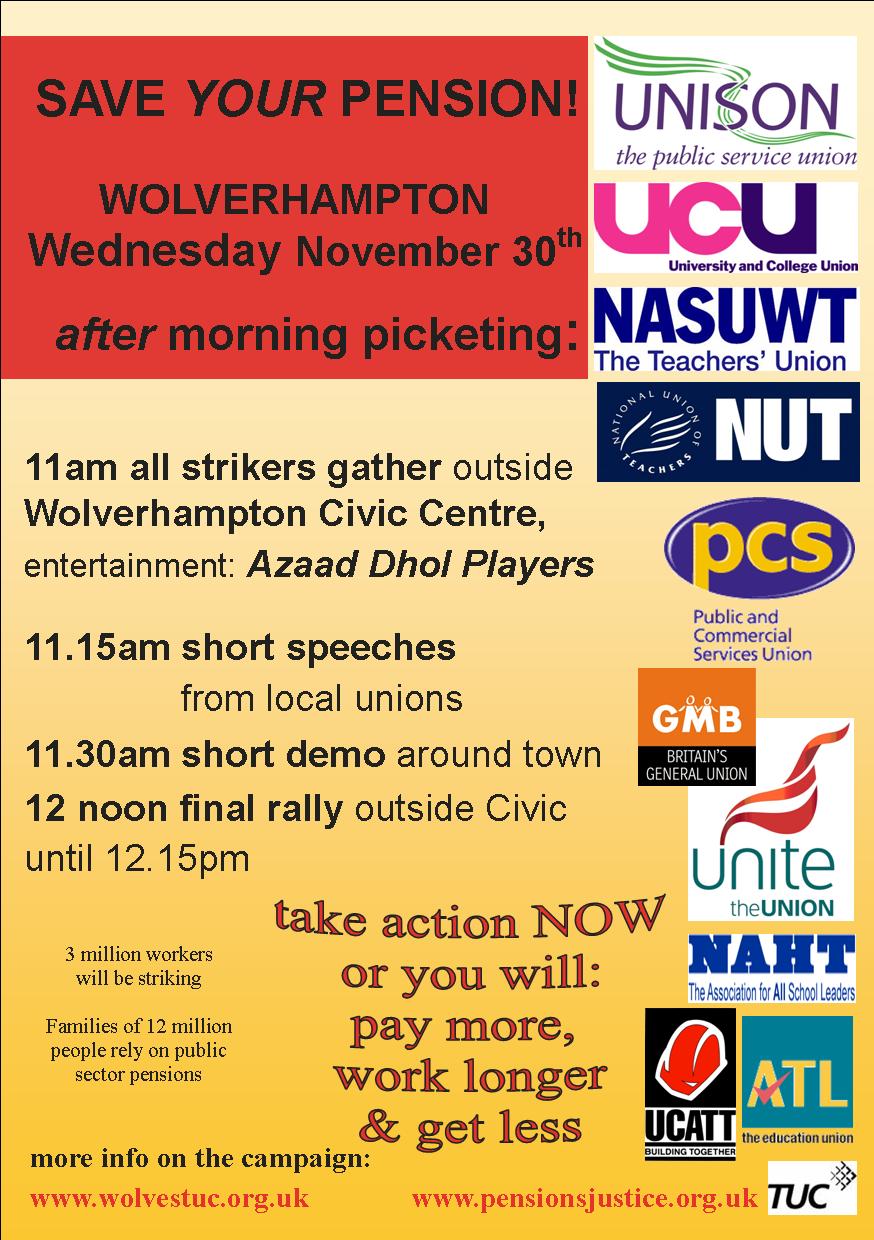 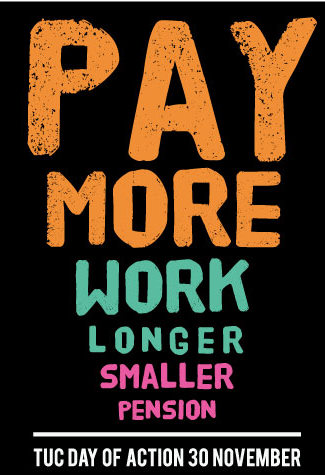 Up to 3 million public sector workers, including nurses, teachers and careworkers, are expected to take part in industrial action, with 27 unions committed to strikes or balloting over government pension reforms.

The TUC general secretary, Brendan Barber, said: “The intention will be to take the call for pensions justice for both public and private sector workers to every corner of the land on that day in the biggest trade union mobilisation in a generation.”

Barber confirmed that the 24-hour walkout – potentially the biggest since the 1926 General Strike – could signal the beginning of a wave of industrial action as individual unions and groups of public sector workers mounted their own campaigns across the UK.

“Further consideration is being given to what further action may be appropriate beyond the day of action if progress towards a settlement is not secured,” he said.