(25 November) is the UN International Day on the Elimination of Violence against Women.   The International Trade Union Confederation (ITUC) issued a statement noting that one third of all women are subject to violent attack at some point in their lifetimes,  and declaring that the issue of violence against women is a trade union issue. 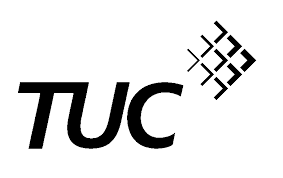 by releasing commemorative balloons at the football ground on Sunday 29th November 2009 before the noon kick-off at the home derby match with Birmingham City.    The TUC Women’s Committee is negotiating for a new date next year. The event planned at Walsall FC has also been cancelled.

The TUC is working with unions including the Professional Footballers Association (PFA) to commit the union movement to ending violence against women.

The TUC believes that while most violence against women takes place behind closed doors, it has a devastating impact that affect people’s working lives too.

TUC General Secretary Brendan Barber said: "Unionists across the world will be uniting on White Ribbon Day to show our commitment to tackling violence against women.  Many union reps see how the effects of domestic violence spill into the workplace, which can become a refuge for women that suffer abuse. Unions therefore must play a key role in tackling violence against women."

In 2008, on 9th December at the evening home game with Derby County. Wolverhampton TUC women delegates assisted the Midlands TUC and Wolverhampton Wanderers Football Club to mark the ‘White Ribbon’ campaign to tackle violence against women by releasing commemorative balloons.