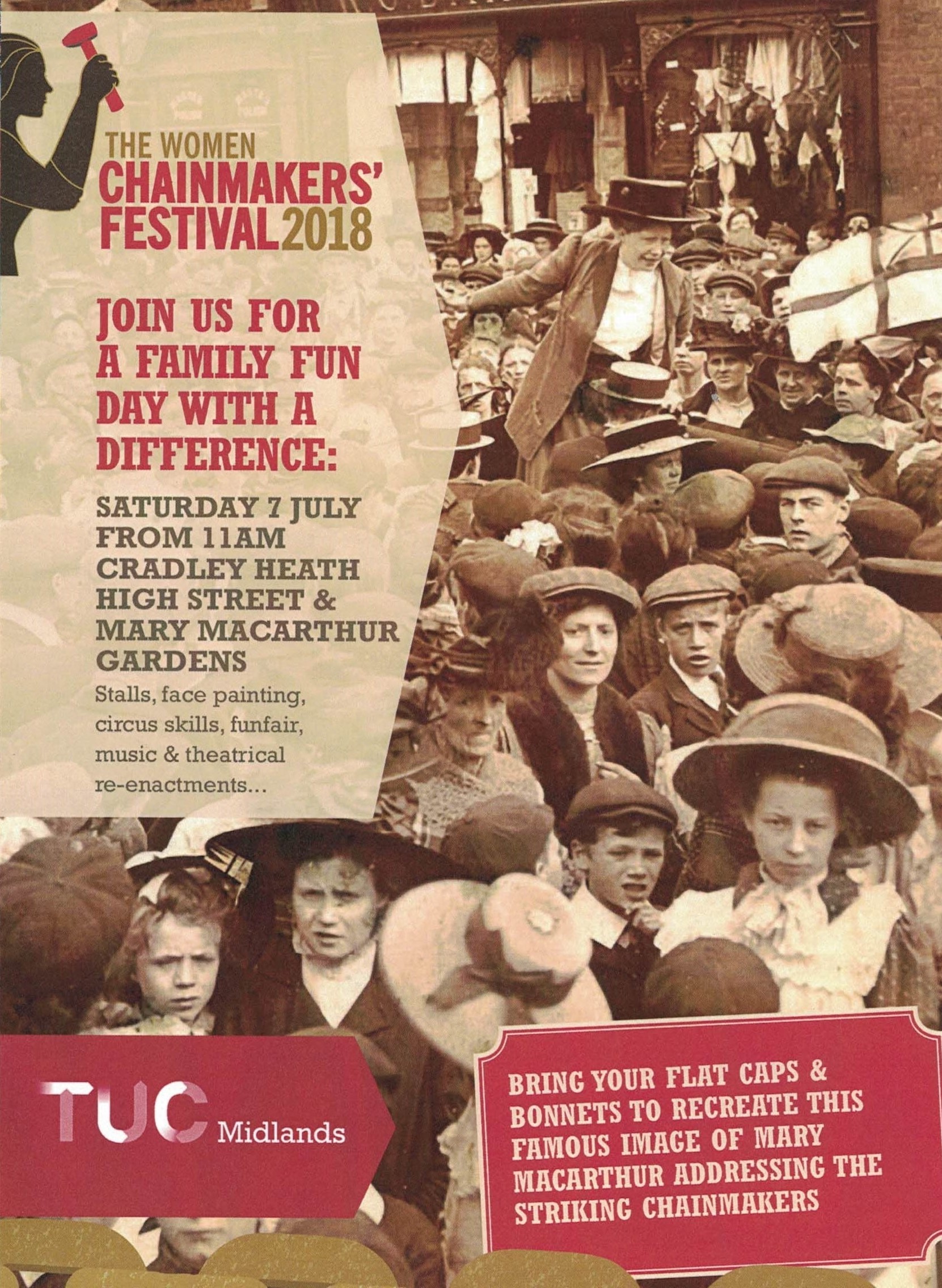 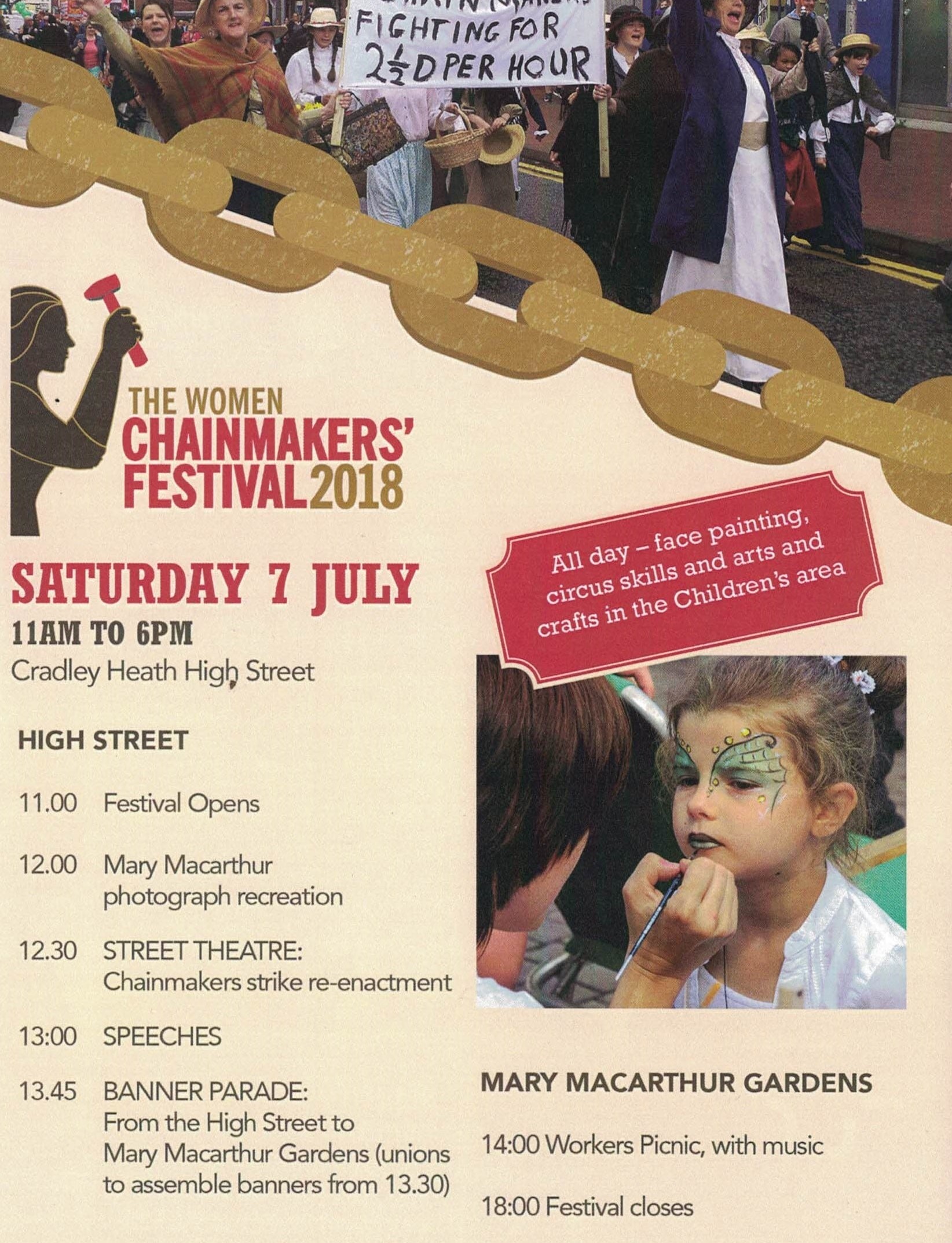 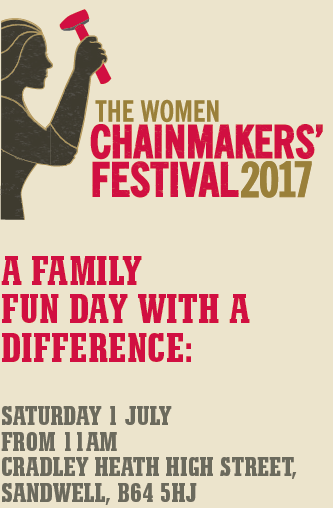 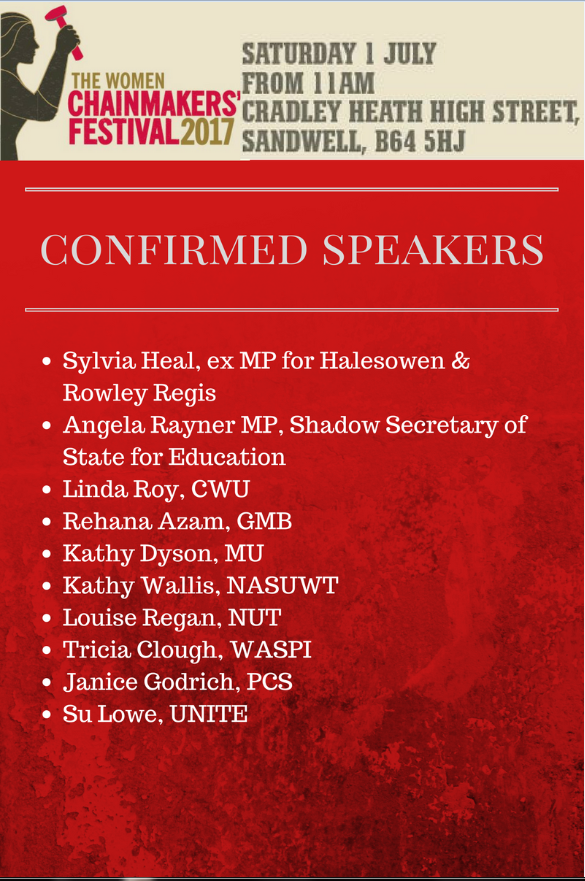 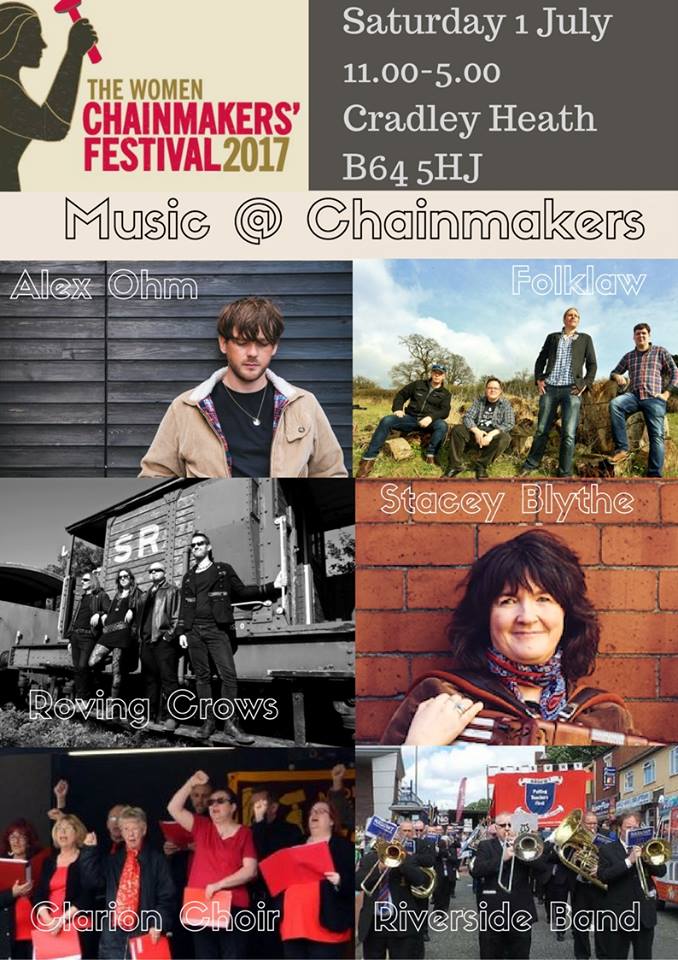 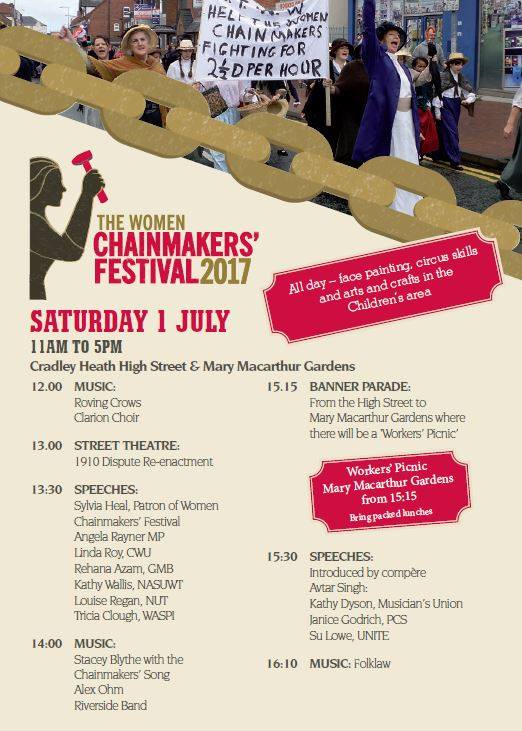 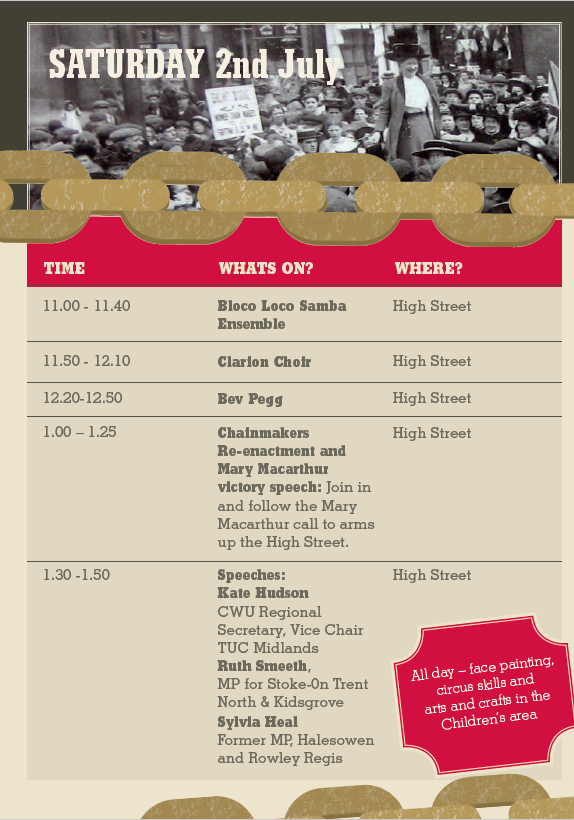 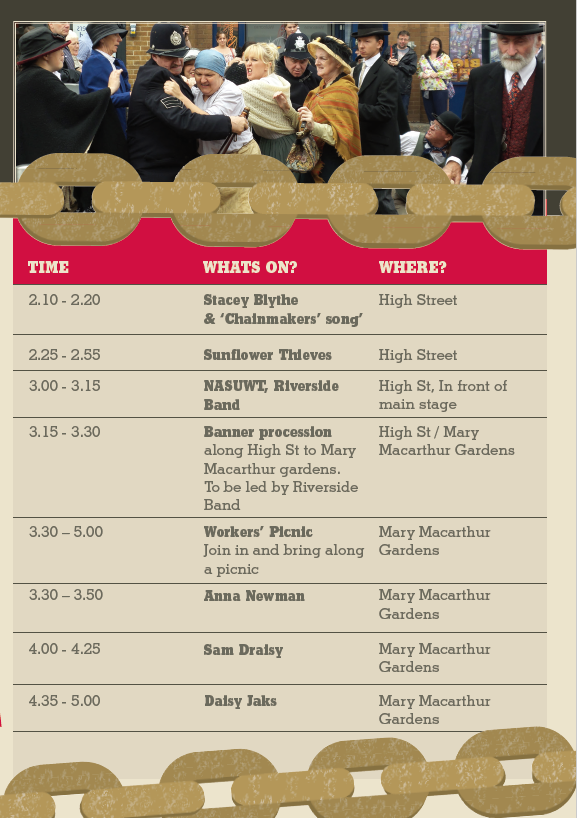 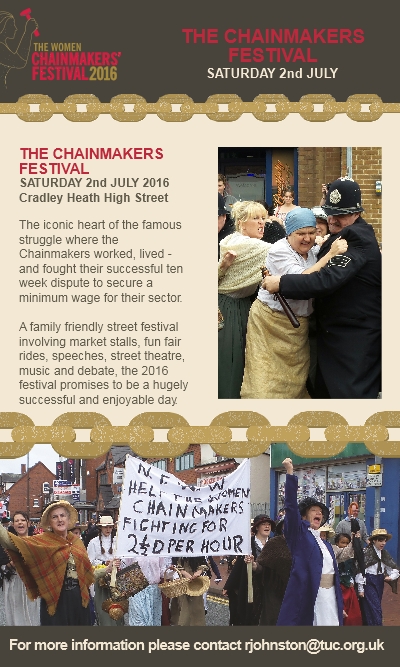 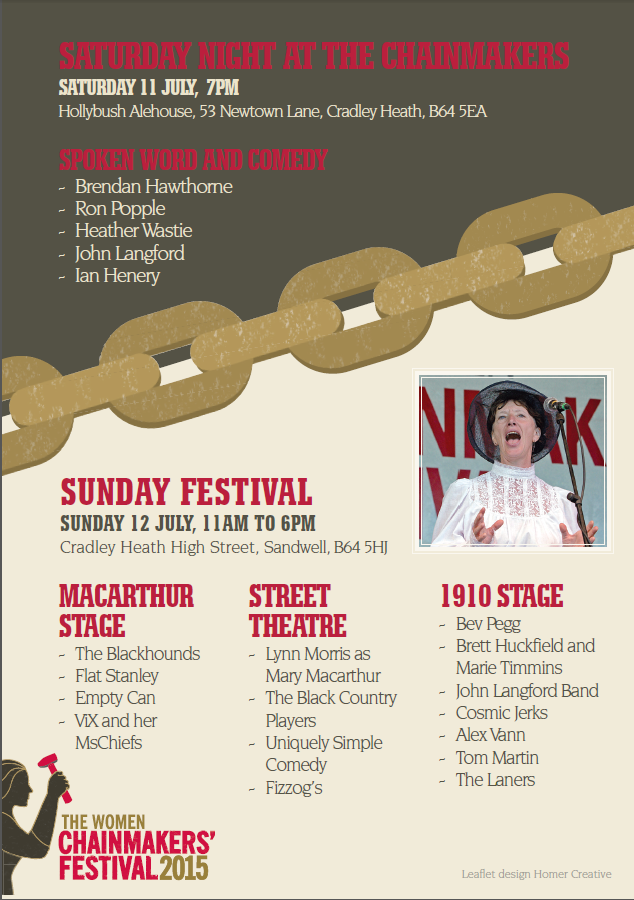 Cradley Heath High street was closed off on Sunday 12th July for the Chainmakers festival involving the Cradley Heath community and as part of the Black Country festival.

The festival celebrates the achievements of 800 women Chainmakers who fought to establish a minimum wage for their labour in 1910, following a 10 week strike. The local employers sought to deny them their rights but were met with forceful opposition. The strike was led by trade unionist Mary Macarthur, who founded the National Federation of Women Workers and later stood for Parliament as a Labour candidate. 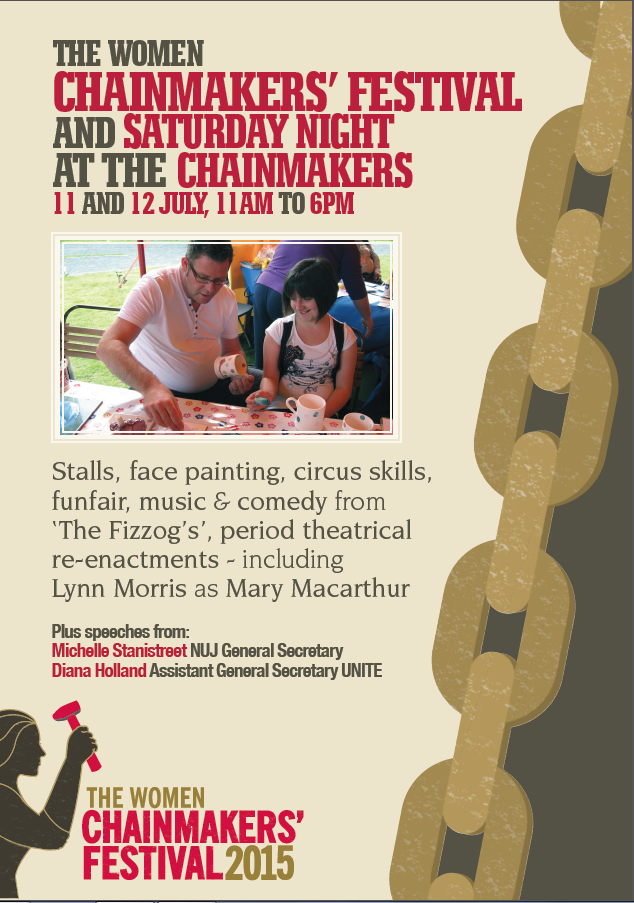 The event costs around £14,000 and the Midlands TUC is currently seeking donations for the 2015 event.

All meetings to be held at 5.30pm at Old Hill Primary School, Lawrence Lane