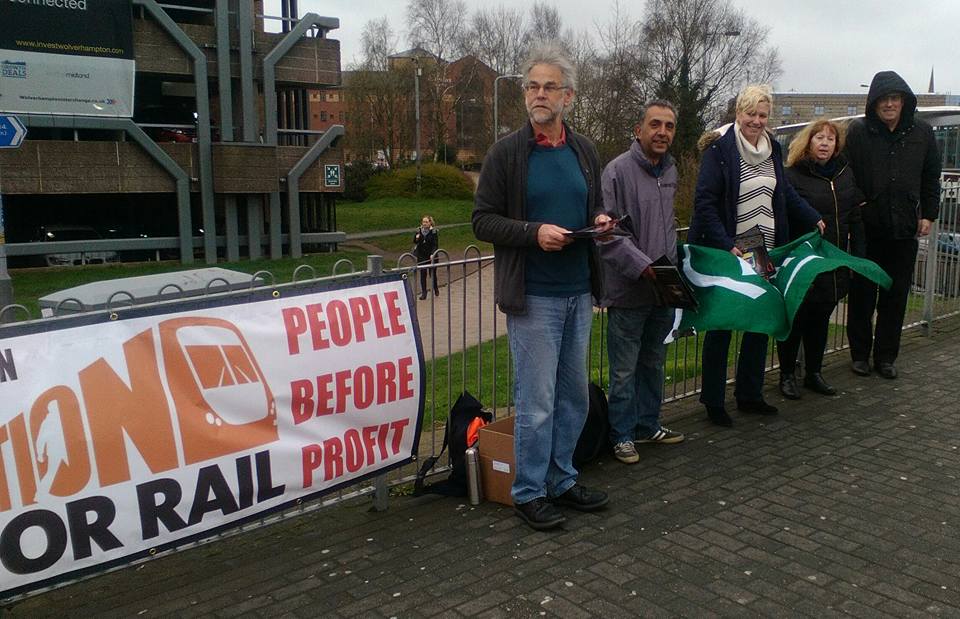 Message of thanks received from Ken Usher Midlands RMT Secretary “Many thanks to all who attended today’s event in Wolverhampton which I am sure will be appreciated by those members of the travelling public and those who work within the industry. I salute your efforts all round.”

Donations so far of £725 from ASLEF, UNISON Wolverhampton General, Unite West Midlands and WB&DTUC – costs of £1,315

The delegation entitlement to the conference is 2 per trades union council , one of which should be a woman. Visitors allowed. Motions will need to be submitted by close of business on 2nd May.

Report from Cnllr Julie Hodgkiss: The Wolverhampton Tin workers plaque in the Civic Centre has been safely removed and stored whilst the current phase of works to the Civic Centre is completed. Once completed (anticipated to be late summer 2017) a suitable location for it will be considered and WB&DTUC and Community Craft branch will be involved.