Wolves TUC & ASLEF are holding a Action for Rail event at 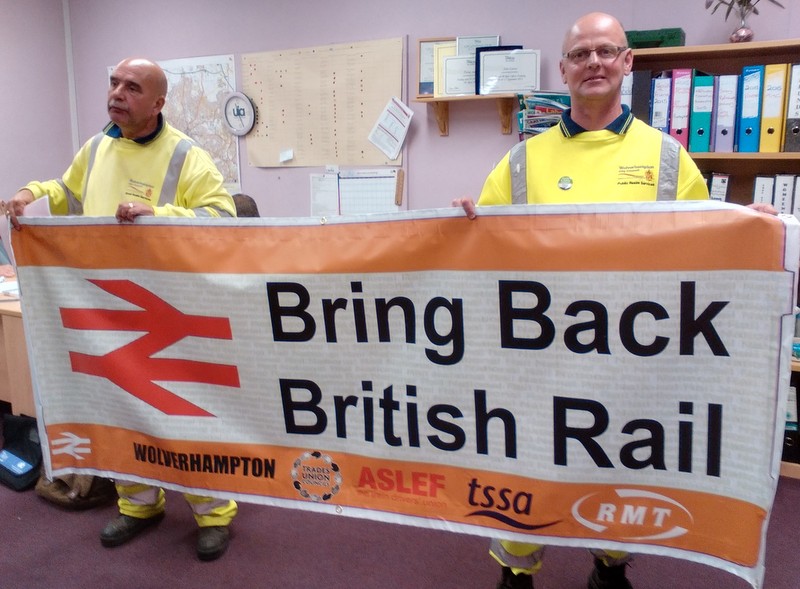 calling for an affordable railway under public ownership. 1,000 commuters to be leafleted with postcards for MPs. Help needed, even if for only 20minutes

Rail fares will rise again (on 2 January 2016), yet the cost of living doesn’t get any cheaper. Over the last five years fares have risen nearly three times faster than average wages and British passengers continue to pay much higher fares than passengers on publicly-owned railways in Europe. Services are often overcrowded, late and under-staffed, while our heavily subsidised privatised railway wastes over £1billion a year.

Co-op Bank have closed Cuba Solidarity and Palestine Solidarity accounts without warning. No longer an ethical bank as was taken over by U.S. hedge fund who are now exerting political on a British institution. Unity trust bank which was set up by the TUC is the bank to trust for political accounts. Wolves trades council always used Unity Trust. 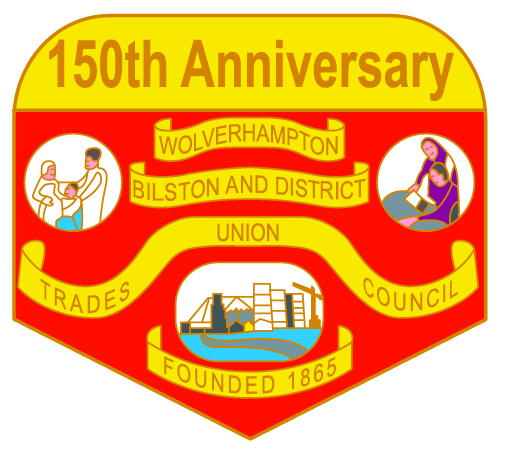 150 limited edition, numbered, anniversary (40mm) badges to this design of our banner have been produced, with numbered presentation card and free copy of our history @ £5 see www.wolvestuc.org.uk

2016 EC & officer nominations needed for our January 21st 2016 Annual General Meeting, forms have been sent to branch secretaries, along with affiliation forms; some affiliation forms already returned, thanks.

There will be seasonal refreshments at our December 17th meeting, plus the Wolves TUC range of merchandise in case you need that last Xmas present!!