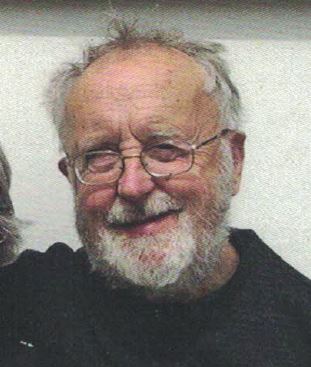 Bro Marris & Kelleher on behalf of WB&DTUC, joined his family at his commital..

He was a steelworker, a graduate of Ruskin College, Oxford, a lecturer, trade unionist and socialist.

Des worked with me for what I believe to be more than 20 years at Wulfrun College.  I was the Chair of the lecturers union NATFHE for most of those years.  Des was on the committee and was always active in the Branch and supportive of me in my role as Chair.  He worked tirelessly for others.

We became friends as well as comrades in the union.  He wrote me a letter 28 years ago and I have kept it ever since to remind me of what a good bloke and brother he was.

He can’t be replaced.  He won’t be forgotten.  John Grant UCU

Des had a serious fall earlier this year and broke his hip. He recovered well and went back to Newcross Care Home. Within days he caught pneumonia and was back in hospital. Much recovered, and tested negative for Corona virus, he returned to the care home where he received a high level of ‘fussing’. Within days, however, he died peacefully in his sleep. Born in Tredagar, Wales in 1932, Des left his local school with a final (1947) report that read: “A good lad, always willing to help. Should make good when he leaves school”. He started work as an apprentice engineering fitter at Scunthorpe Steelworks. At the modest age of 17 yrs he cycled to Holland to meet his pen pal and he maintained that friendship for the next 70+ years.. During his apprenticeship, as well as winning the ‘Apprentice of the Year’ award, he was sent on a month-long ‘Outward Bound’ course at Aberdovey. OB ‘graduates’ will know how strenuous and demanding these courses are and Des reckoned that by the end of the month his chest size had increased by 3” ! Before the end of his indentures Des suffered from Meningitis and this left him with a profound visual problem for life. As he developed his interest in Trade Unionism, he wrote articles for BBC broadcasts and various newspapers. At 37yrs old he applied for and won a scholarship to Ruskin College (where he was active in the Anti-Apartheid movement at the time) to attend their Labour Studies course. He promptly enrolled at Huddersfield College for teacher training. Thus was his journey to Wulfrun College in 1972 when he joined the General Studies department. With his humble, agreeable and self-deprecating manner he related well with his students and taught his material with a passion, even helping struggling students with voluntary lunchtime lessons. He lived in Clarke Road, just around the corner from the college. A colleague asked him one day if it was depressing to look out of his bedroom window in the morning and see his workplace? His reply was to suggest the enquirer would need to live in the vicinity of a dirty and sprawled out steelworks, in a socially deprived area in the North of England, to really appreciate the wonderful view he was now enjoying in Wolverhampton! On retirement Des put his efforts into many areas of interest. He travelled to Russia and Cyprus, and tried coach holidays: “The problem with coach trips, ”

he would say, “Is all the old folks who go on them”. In Pendeford he set up the foundation of what would eventually become the very popular University of the Third Age (U3A) for Wolverhampton. He was active with Wolverhampton’s Pensioners’ Convention and was the WPC representative at the Wolverhampton, Bilston and District Trades Council. One of his concerns was Civil Service Pensions and he led discussions on the subject. He also got into Public Health and helped to promote awareness in his locality. About five years ago he lost his dear wife Mary, with whom he had enjoyed a loving relationship for many years. He resisted the thought of ‘retirement’ and continued his cheerful support of things of interest to him, including the local St. Paul’s Church, and the Newbridge Pub carvery every other day. Just two years ago he elected, as his 86 th . birthday present, for a Goat Curry and three puddings, followed by a spin in a helicopter “so that he could see Pendeford and his house from the air”. Des will be particularly remembered as a proud and pragmatic socialist, modest and friendly with a dry (often wry) sense of harmless humour. The date of his death, 1 st . May (Labour Day), would have suited him fine!