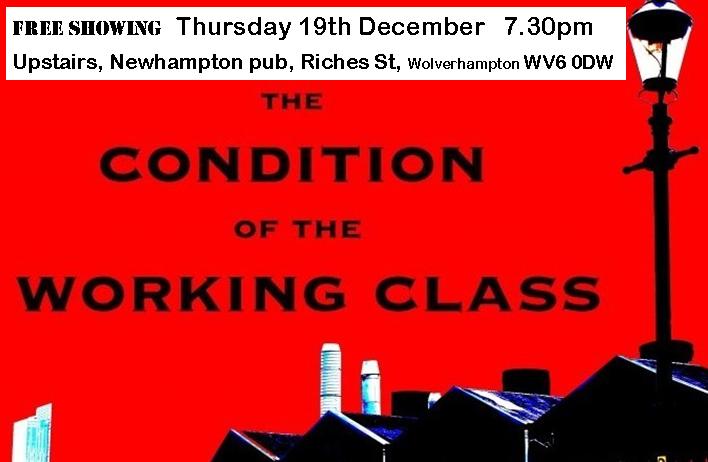 “This is not a film, it’s a rehearsal for revolution” Film International

will include a free screening (open to all) of

The Condition of the Working Class @7.30pm

This film is inspired by Engels’ book written in 1844, The Condition of the Working Class in England. How much has really changed since then?

In 2012 a group of working class people from Manchester and Salford come together to create a theatrical show from scratch based on their own experiences and Engels’ book. They have eight weeks before their first performance. The Condition of the Working Class follows them from the first rehearsal to the first night performance and situates their struggle to get the show on stage in the context of the daily struggles of ordinary people facing economic crisis and austerity politics. The people who came together to do the show turned from a group of strangers, many of whom had never acted before, into The Ragged Collective, in little more than two months.

This film, full of political passion and anger, is a wonderful testament to the creativity, determination and camaraderie of working people that blows the media stereotypes of the working class out of the water.

The second rule of Left Film Club is: There is no Left Film Club! It’s just free advertising of groups advocating social change, contact us to advertise your film.