Saturday, 12 Aug 2017: Fascist Britain First group  (the group linked to the murder of Jo Cox MP) tweeted about a national mobilisation of a ‘ Day of Action’ which Wolves TUC found out about with less than 24hrs notice but called an anti-fascist mobilisation along with Black Country UAF and passers by joined to to make it know they were not welcome. Wolverhampton, Bilston & District TUC has written to The Wolverhampton Chief Superintendent complaining of the way police were directed to act on the day.

“I append a letter from the Wolverhampton, Bilston and District Trades Union Council about the events last Saturday. I won’t add too much as I was in the City Centre and tend to back their analysis of the day.
Yesterday Keith Ireland and I met with Superintendent Keith Fraser to discuss the position and the Police and Council are setting up meetings to improve communication and understanding of ways to prevent such issues in future.
The impact of the Britain First event on trading in the City Centre was marked and we feel a return will worsen the local economy further. Community Cohesion is also under threat as the Bilal Mosque on Newhampton Road was fearful that the demonstrators would target them.
I hope as Commissioner you will look at the Police response and identify ways in which we can collectively prevent these people from spreading their message of hate.”

21 at a national mobilisation!! 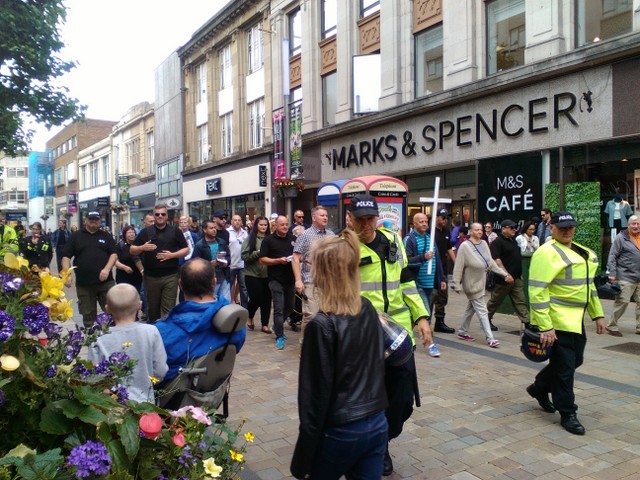 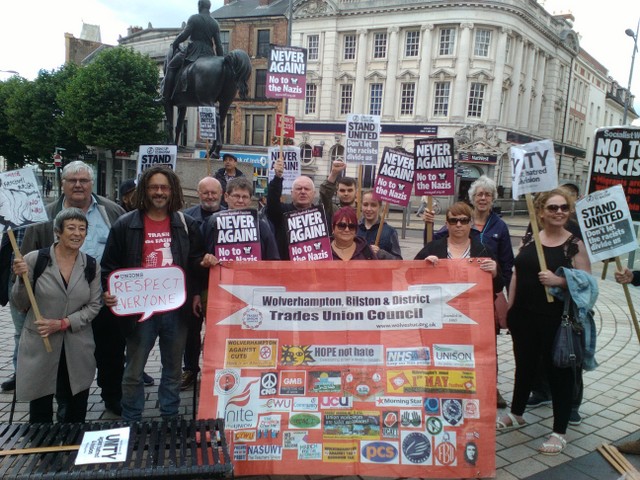