For the past three years workers at WZ Packaging (Halesfield 18, Telford, TF7 4JS) had not received a pay increase.

This year the Managing Director informed them that, yet again, the company wasn’t in a position to give them a pay rise but at the same time has been able to give himself an additional £60,000 a year which has, in effect, doubled his salary.

In response to this ongoing attack to their terms and conditions, Unite members at WZ Packaging gave the union a mandate for industrial action.

They have now won a pay rise plus a future inflation-proof pay structure.

The company initially responded by targeting UNITE reps which has led to one dismissal with another one pending, an appeal is due.

This appalling treatment of workers cannot be allowed to go unchallenged and with this in mind, there was a series of 2 day strike actions had been planned to start Tues 6th, Wed 7th November and continue into December 2018.

An offer then came direct from the owners which was discussed with the industrial action postponed and the deal then agreed. 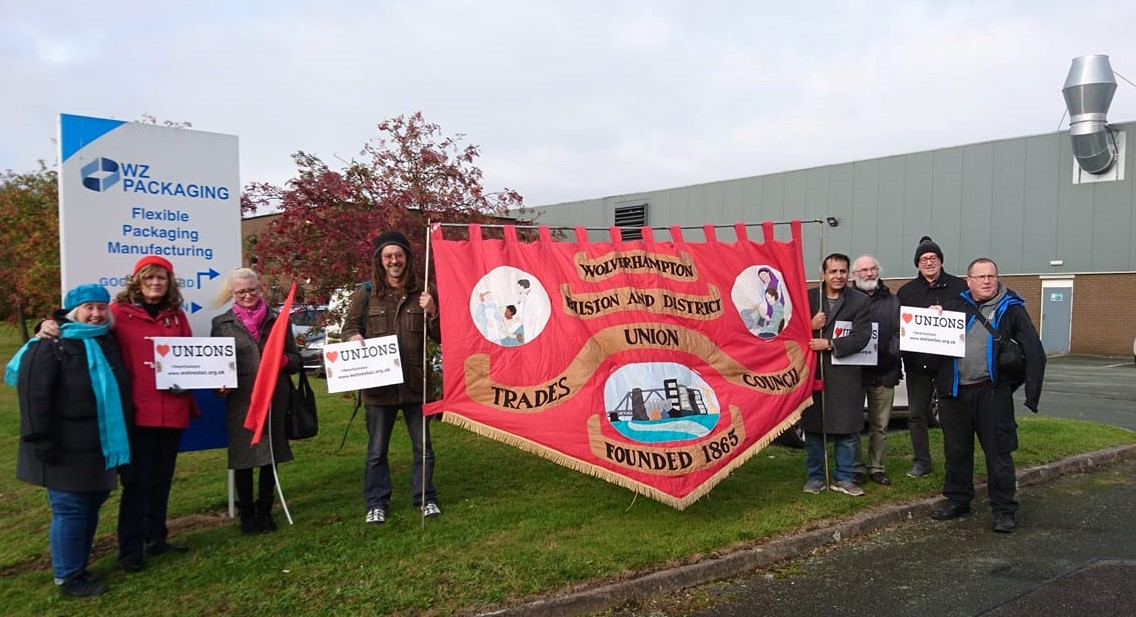 Woverhampton TUC joined Shropshire & Telford TUC and UNITE Community members outside WZ Packaging to show solidarity with the workforce a week before strike action was due.