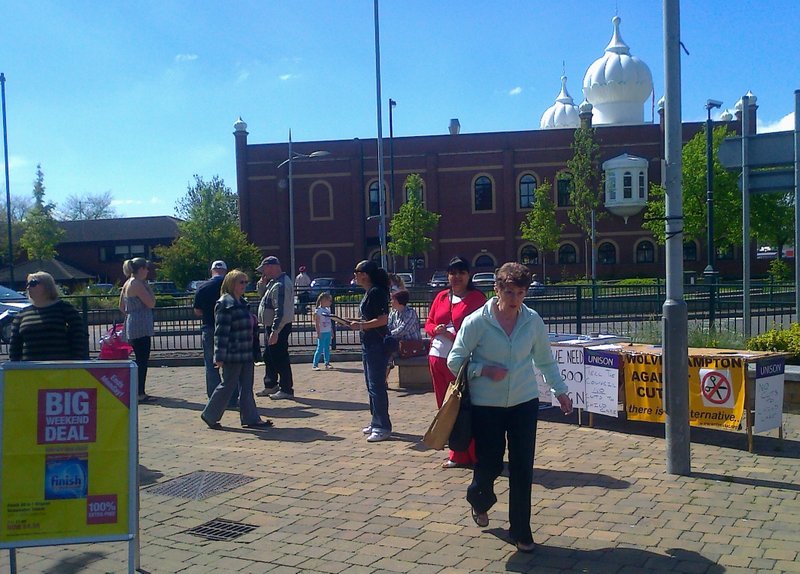 Campaign in new phase – initial campaign aims appeared to be achieved as 9 centres threatened to close appear now not to be.

HOWEVER, as with libraries recently, the council proposes severely reducing the hours of opening of a number of centres for the 6,000 families that the Express and Star said use the council’s childcare services.

£1.5million has been cut by the government of the early Intervention Grant, the equivalent of 60 full-time council jobs.

Childcare for working families is currently offered at 7 centres but this appears to be ending if proposals go through.

“This means an attack on working women of Wolverhampton” said campaigner Nicola Dixon at our last trades union council meeting.  “We want our children to mix with other children of all backgrounds, financially and culturally, which private care does not offer.

The council has an obligation to provide affordable childcare and given the death of Baby Ryan here, the council should be especially vigilant.

the first consultation consisted of just 40 questionnaires being collected in a week in the Manders Centre during working hours thus excluding working parents who use the services.