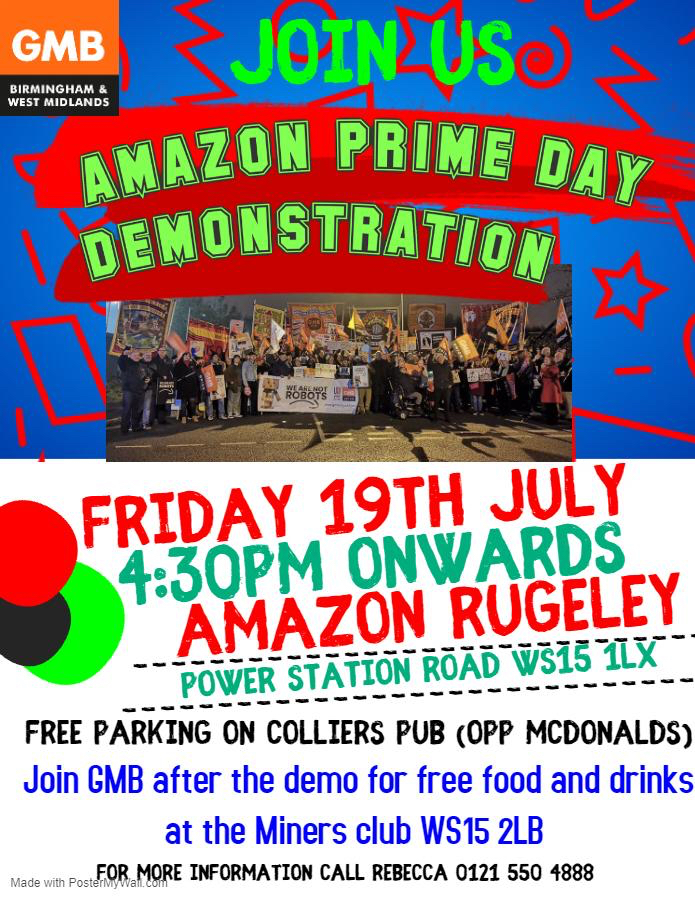 Amazon prime week GMB members will be expected to work even faster and harder to get Prime orders out to customers, some within the hour.

GMB members already skip meal breaks and avoid drinking water so they don’t have to go to the toilet and have a negative affect on their pick and pack rates, we are worried about how this extra pressure will affect them physically and mentally.

On the 19th July 2019 we want you to show solidarity with our members and show them the movement is there for them and we are not going away, we need to show them to us the union movement they are more than a number they are our comrades and we will never stop fighting for them.

Spanish Amazon workers that have been on strike will be speaking at the event. We want this to be the biggest demo yet as this will also be filmed for a television programme to go out on Black Friday. We will also be providing free food and drink after the event at the Rugeley Miners Club.

If any groups, councils and unions would like a speaker about Amazon at any of your meetings leading up to the event to build momentum then please contact us as below.

Wolverhampton TUC delegates joined the Rugeley protest led by GMB against conditions at Amazon. Other events took place around the country on Friday, 23rd November 2018 in support of workers being exploited and being put at risk of serious injury by Amazon 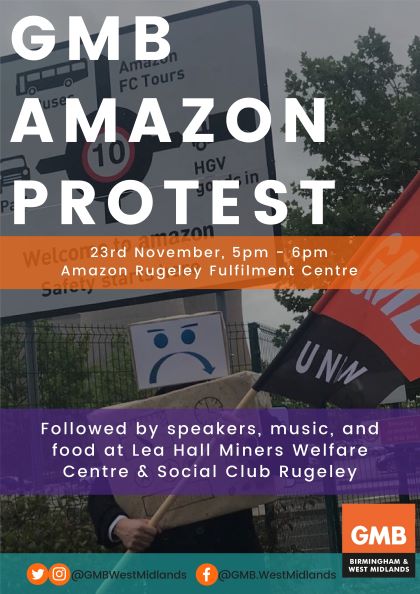 Amazon’s response to our Officers requests to meet to try to resolve some of the issues that are putting our members at risk have been met with a 6 page Lawyer’s letter. This cannot go on; the workers on the inside have no voice and I would like you to help me to speak for them and encourage Amazon to meet with the GMB.

Post demo was at  Lea Hall Miners Welfare Centre and Social Club for speakers, food and music by Grace Petrie.