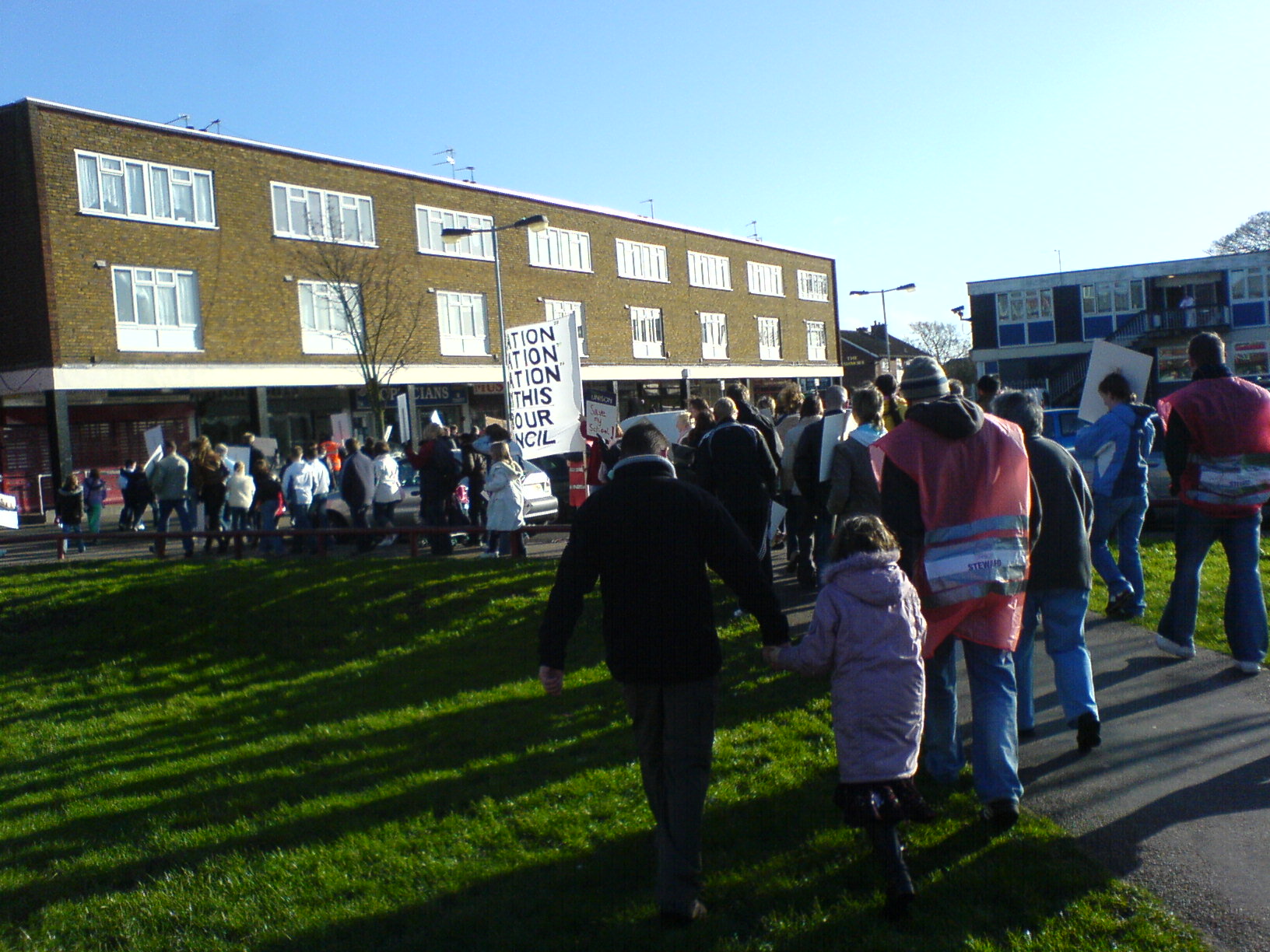 SAY No TO SCHOOL CLOSURES

Over three hundred parents, teachers, classroom assistants and children marched from Danesmore Park School several miles all over Ashmore Park and the community that the first school serves. Whistles and chants made it a lively demonstration as local people came out of their homes to cheer protesters on.
UNISON and Amicus members marched behind WB&DTUC banner, which became a sail in the heavy winds, but the sun shined and spirits were high.

There was a BALLOON RELEASE at the rally after the march.

Campaign organiser Nicky Duggun called on the council to save the school and so help to keep together the local community. It was a terrific turnout. She thanked local businesses for their support providing balloons and to a local shop that handed out drinks to the kids. She also thanked UNISON & WB&DTUC for their help with the organisation.

Nick Kelleher, secretary WB&DTUC addressed the crowd bringing fraternal greetings from UNISON & TGWU-CYWU branches. He thanked the campaign for their support of the anti-privatisation march that we had organised last October and had come to express our solidarity.
“If the government still has an agenda of Education, Education, Education then they should fund councils to allow them to keep open local schools at the heart of their communities. If the ex-Education Secretary Ruth Kelly thinks that private education is better then it`s not because the teachers or staff are better, it`s because the class sizes are smaller. Keep Danesmore Park open and let the council reduce class sizes across the borough for the good of education for all children.“

The council had put pressure on organisers to cancel the demo (despite a demo of Cardiff fans, banned from the game, going ahead).