UNITE, RMT, TSSA, GMB representing the Bombardier workforce in Derby mobilised 10,000 in a mass demonstration. Over 50,000 have signed a petition in protest. Sign the e-petition 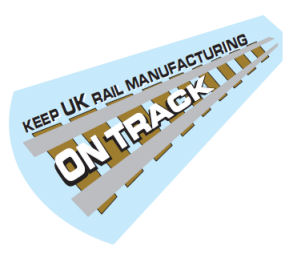 message from the Bombardier campaign group:

“A link to the official E-Petition to the government has been set up on the following web page could you all please sign it and ask friends, family and work colleagues to sign as well.

The workers at Bombardier need your support. See our campaign site here“

1,400 highly skilled workers at Bombardier in Derby could lose their jobs because the government is set to award the Thameslink carriage contract to build new trains to a rival company, meaning most of the work will be done in Germany.


The government claims to be committed to UK manufacturing but it has dealt a massive blow to Bombardier and the city of Derby.

The East Midlands cannot afford to lose these highly skilled manufacturing jobs at the historic Bombardier plant, which has been providing local employment in Derby for 170 years.

The workers, along with their trade unions Unite, RMT, GMB and TSSA are determined to stop this happening to Bombardier workers and their families.

Rail union RMT demanded a halt to the tendering process after it emerged that Bombardier have been put on alert as “ reserve bidders” in the event of something going wrong with the Siemens bid, fuelling union suspicions that the final contract has not yet been signed off and opening up the possibility for the Government to reverse their decision.

RMT is also demanding publication of the tendering evaluation as part of the statutory consultation on redundancies required by another Government department. RMT is specifically seeking justification for the Government claim that the Siemens bid represents “value for money” for the British taxpayer in light of the destruction of 13,000 jobs in and around Derby as a direct result of the plans.

RMT General Secretary Bob Crow said: “On the 23rd July we intend to bring the whole of Derby out onto the streets in protest at plans that would destroy core manufacturing industry and 13,000 jobs in and around the city. This act of political and industrial vandalism would impact on every single person in the area.

We also want this process stopped and stopped now to allow us to look in detail at this wholly spurious claim that the Siemens bid represents “value for money”. As part of the redundancy consultation it has to be justified that this is a genuine and unavoidable redundancy situation – we do not believe that it is as the workforce are actually the victims of a political stitch up.

If the Government and their puppet-masters in the EU think that the fight for the future of Bombardier is over then we’ve got news for them – it has only just begun.”