We have been informed that Tinplate Workers’ union, now the Wolverhampton Craft branch of Community union, a founder of our trades union council and Wolverhampton, Bilston & District TUC’s oldest affiliated branch, traced to 218 years continued existence is to be closed by Community and it’s members redistributed.

Five Wolverhampton Tinplate workers were transported in 1819, before the Tolpuddle Martyrs, for the crime of forming a trade union. A year ago, Graham Dodd branch secretary of Wolverhampton Craft branch of Community union and Wolverhampton Council Leader Roger Lawrence, rededicated and unveiled the plaque in its new prominent position in the ground floor canteen of the Civic Centre. 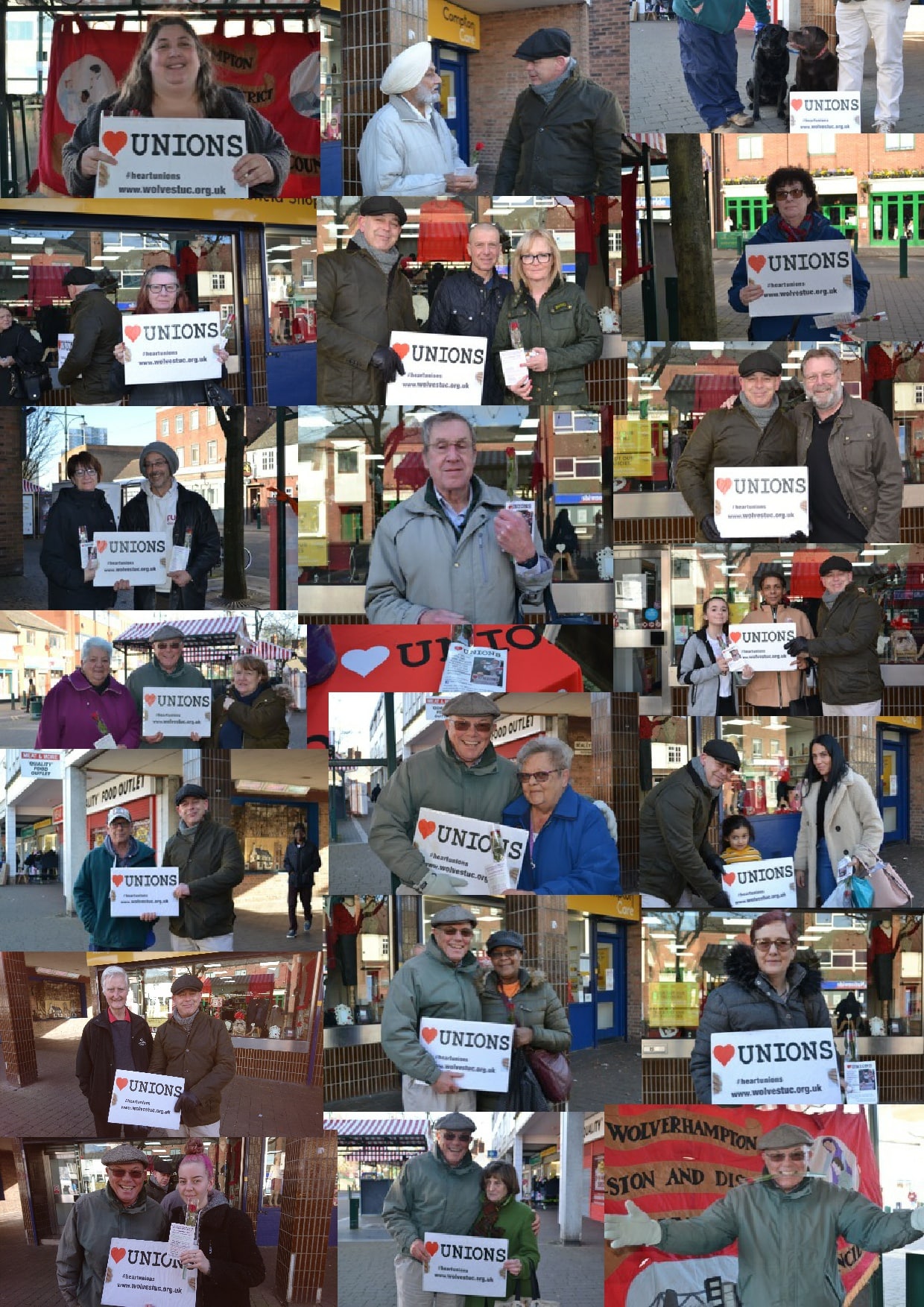 Wednesfield market was much quieter than usual and Bilston market closed due to the weather, but we went ahead with our campaiging. 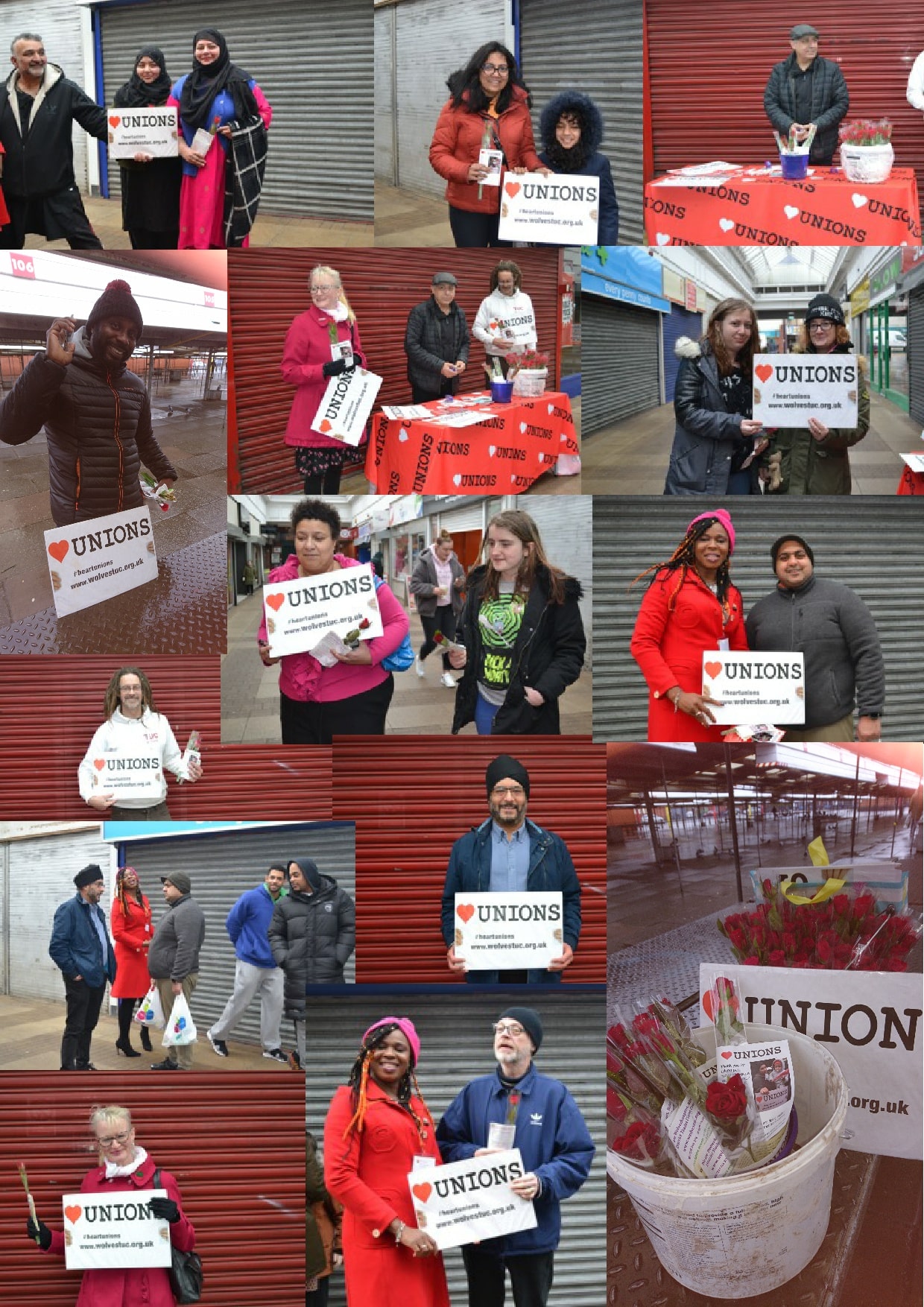 Thanks to branches that have so far re-affiliated for 2020:

see www.wolvestuc.org.uk for info on: