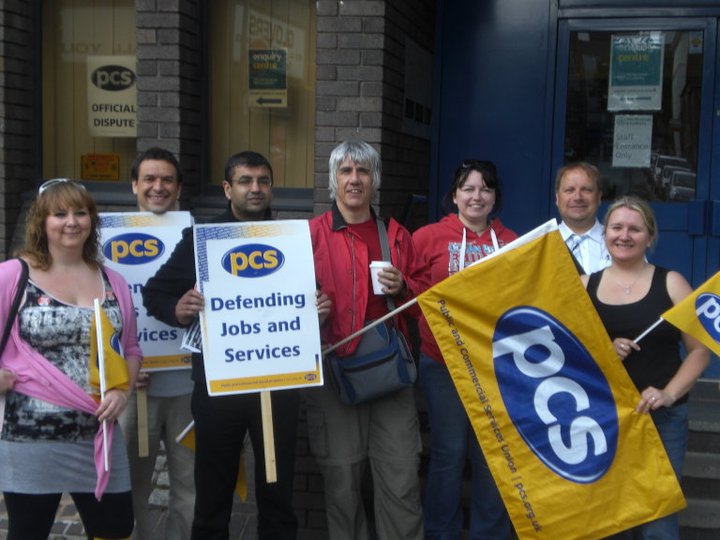 Following early morning pickets across workplaces in Wolverhampton with 350 schools closed across the Black Country, strikers marched through the City centre from the university to Metro ONE and held a rally of over 200 people to defend public service pensions. 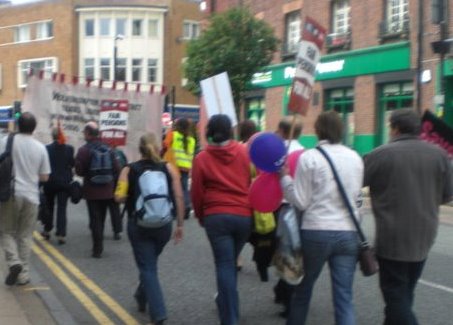 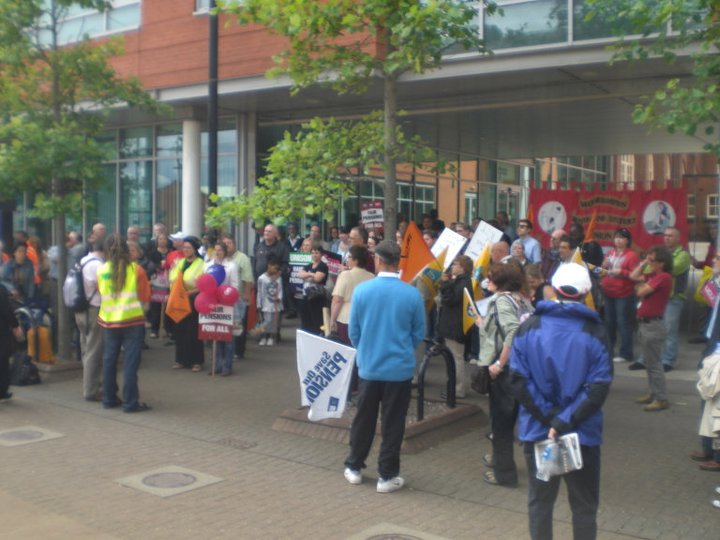 Strikers then travelled to Birmingham to the 5000+ regional rally and march. PCS, NUT, ATL and UCU strikers were joined by many of the 10,000 UNISON Birmingham workers also out on strike on June 30th over cuts to weekend rates for low paid manual workers.

750,000 members of  Public and Commercial Services (PCS) union, Association of Teachers and Lecturers (ATL),  National Union of Teachers (NUT) and University College Union (UCU) staged a 24-hour walk out against changes to the public sector pension scheme, cuts and pay. 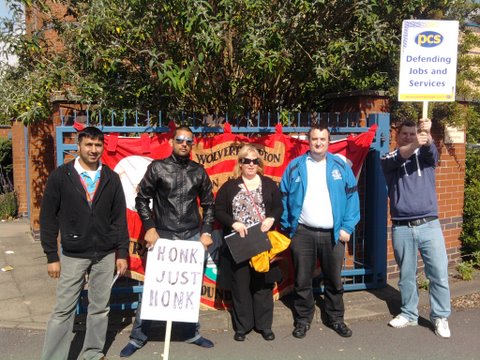 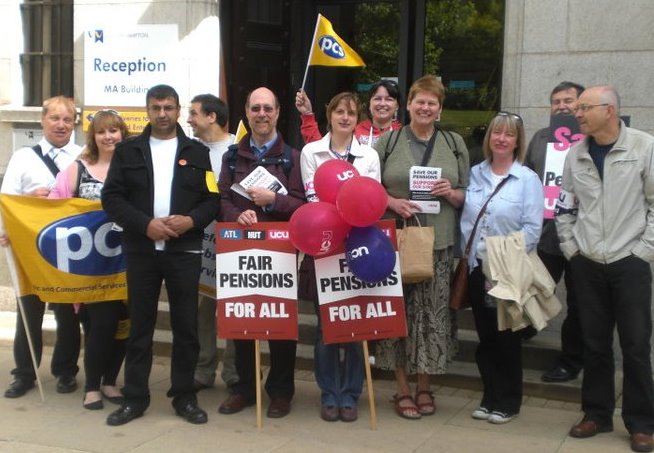 The NUT and PCS also voted for discontinuous strike action over the coming months when selective strike action will be taken on different days, times and areas.

NUT members voted 92 per cent in favour of a strike, PCS members voted by 61% in favour of strikes, and by 83.6% for other forms of industrial action and 83 per cent of ATL members voted for strike action.  The ATL ballot marks a sea change in the unions' fightback as it has never gone on strike in its 127-year history.

NUT general secretary Christine Blower said the government's "disgraceful" attack on pensions had convinced teachers that there was no alternative. But the union was still negotiating with the government, she said: "It is not too late for common sense to prevail and for these unnecessary changes to be stopped."

Debbie Elson Wolverhampton PCS representative said: "Members will be striking to defend the services they provide for the public. I cannot believe that the government can be surprised about the strength of feeling; they are closing benefits offices, privatising the Birmingham Prison, hitting us with a pay freeze, and then making us pay more and work longer to get less pension!
There is an alternative to these cuts, the government should be investing in public services to help our economy to grow, creating jobs not cutting them, and clamping down on the wealthy tax dodgers who deprive our public finances of tens of billions of pounds a year. Even the government admits that the modest pay and pensions of public servants did not cause the recession, so we shouldn't be blamed or punished for it."

Cuts Are Not The Cure from Unionfilms

Mark Serwotka, the general secretary of the PCS, said the action was principally against cuts but also against the coalition's public service reforms.  "The clear majority in favour of a strike shows that public servants – who provide vital services across the country – are not prepared to stand back while everything they have ever worked for is taken from them," he said.  "The government claims this is about rebalancing pensions, but it has already admitted that the money it saves will go straight to the Treasury to help pay off the deficit in what amounts to nothing more than a tax on working in the public sector.  I have been at every one of the negotiating meetings with the government, and what we've been told is that they won't budge on increasing the pension age, they won't budge on their plans to double or triple contributions, and they won't budge on the value of our members' pensions being slashed.  In reality, the talks are a farce and, faced with mass job cuts, the pay freeze and the biggest raid on pensions in living memory, it's not surprising that people want to defend themselves." 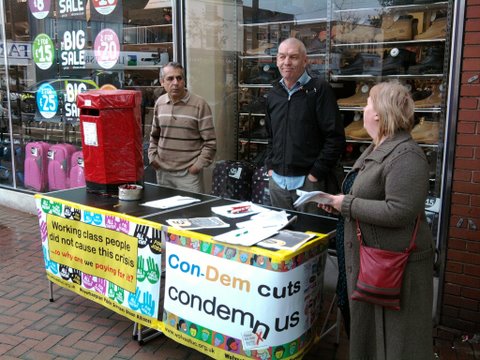 On the Saturday before the strike WB&DTUC delegates ran a stall in Bilston to publicise the campaign for decent public sector pensions. 70 letters were written to MPs.

Chaired by Deborah Elson, PCS delegate to WB&DTUC. Nick Kelleher Secretary WB&DTUC was one of the speakers. He spoke on the trade union movements' Alternative proposals to governemnt cuts and offered support from the local trades union council with organising local demonstration and rally in conjunction with the other striking unions.