Wolverhampton & Bilston Trades Union Council once again successfully run our Hope not Hate anti-bnp campaign. We leafleted all homes in the three wards, delivering to 15,000 homes using three ward –specific leaflets pointing out the trade union alternative to the fascist politics of hate. We asked electors to GO OUT & VOTE  for anyone except the fascist-Bnp

Anyone trade union branch or individual wishing to make a contribution the cost of our campaign, can send cheques to:
Wolverhampton TUC, PO Box 2917, Wolverhampton WV2 2YA

WOLVERHAMPTON TOGETHER – alliance of individuals and organisations in the city who are taking a stand against racism and any political parties and individuals who promote racist views.

sign up to our anti-fascist campaign on left side of this page
register to volunteer for leafleting – 1 to 2 hour sessions, door-to-door by emailing us

STOKE – Norscarf’s magnificent campaign defeated the fascists in Stoke. The English First Party and the BNP were standing 16 candidates between them – all lost including the sitting 5 members of the BNP. For the full results

weekend 9/10th April  leafleting Bushbury began, 60% of ward completed. 5 fascists were out leafleting were out together leafleting, near the home of the candidate using leftover national leaflets.  The ward was completed on Wed & Thurs.
Sat. 16th April Hope not Hate National Weekend of Action Stoke-on-Trent transport provided from Wolverhampton free
also locally,  Bilston North leafleting was begun. We delivered to 1,000 homes on Sunday, more on Wednesday.
Sat. 23rd April  Springvale entire ward completed in one morning ! A dozen of our usual helpers plus over 30 others helped deliver
Sun. 24th April  Bilston half ward now complete
Fri. 29th April – no street parties! we were out in Bilston; last  bits of Bilston completed on 2nd & 3rd May.

Through the hard work we have done over the past few years we’ve damaged the BNP badly. But we need your help to finally consign them to the dust-bin of history.

People across the country are feeling the squeeze at the moment, things are tough, there’s no doubt about it. But that’s why we need to get out campaigning on the streets to remind people that the BNP are not the answer. 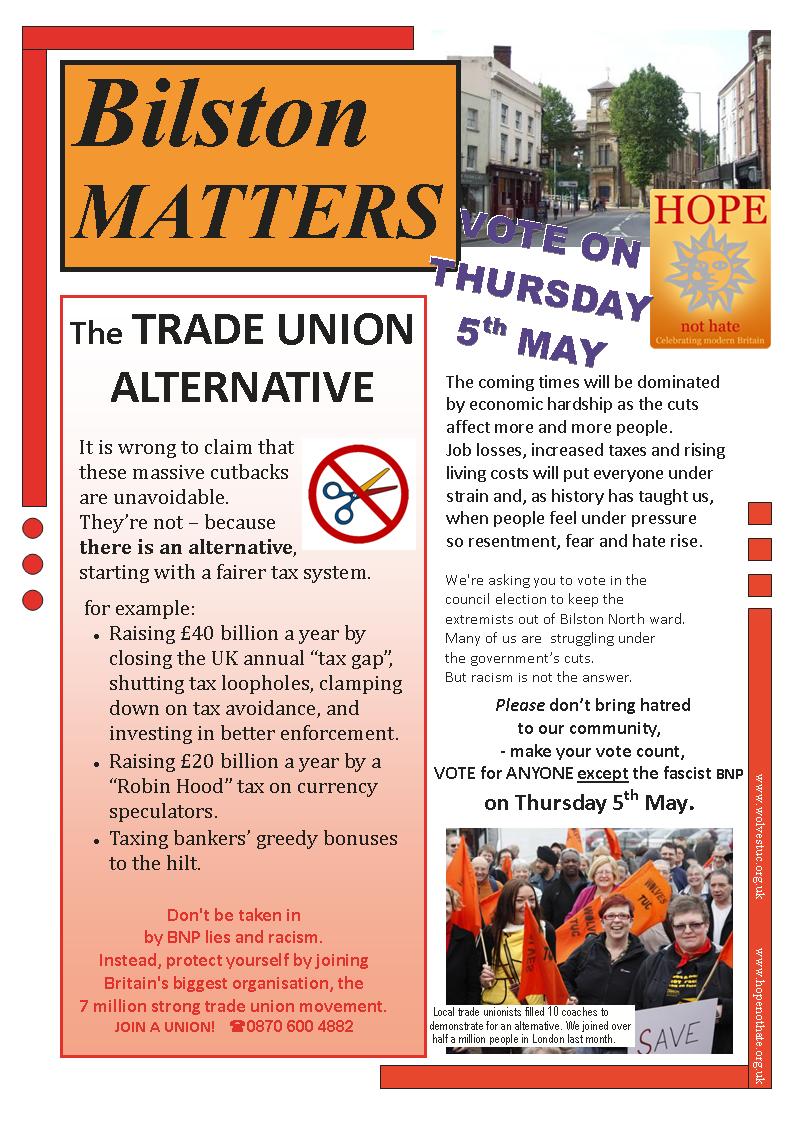 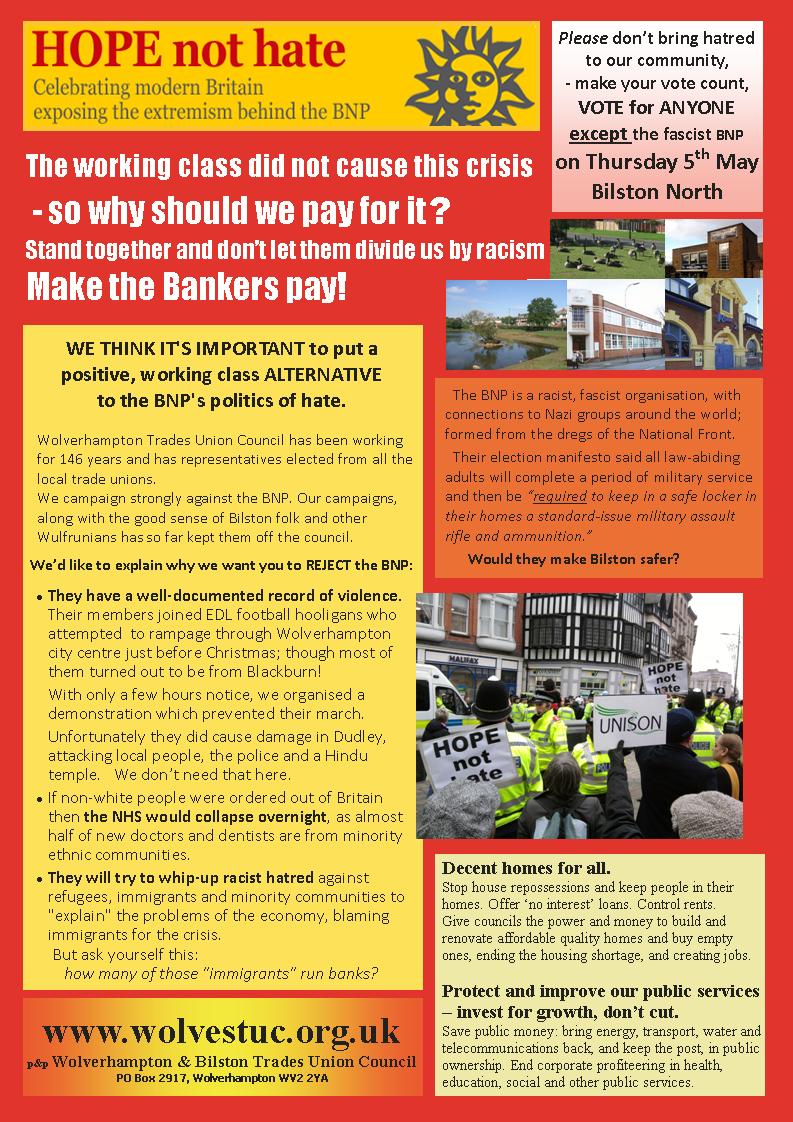