Dear friend
I am writing to ask if you would support our campaign to stop the cuts to school budgets.

Schools are set to lose £3 billion a year in real terms by 2020. These are the largest cuts to school funding since the 1970s.

MPs from all parties have been urging the Government to invest more in our schools; in some areas governors have taken the unprecedented move of threatening strike action while parents and teachers are organising meetings up and down the country to draw attention to the issue.

Our website www.schoolcuts.org.uk gives you an idea of severity of the problem. Just type in your postcode to see how schools in your area will be affected.

A parents campaign has been founded and has groups in a number of towns and cities. Please sign up with them too at www.fairfundingforallschools.org.

Sat 11 March 2017 Shrewsbury Castle Lawn, the Quarry. Union March for Education attracted 600 people after the march was called just a couple of weeks before 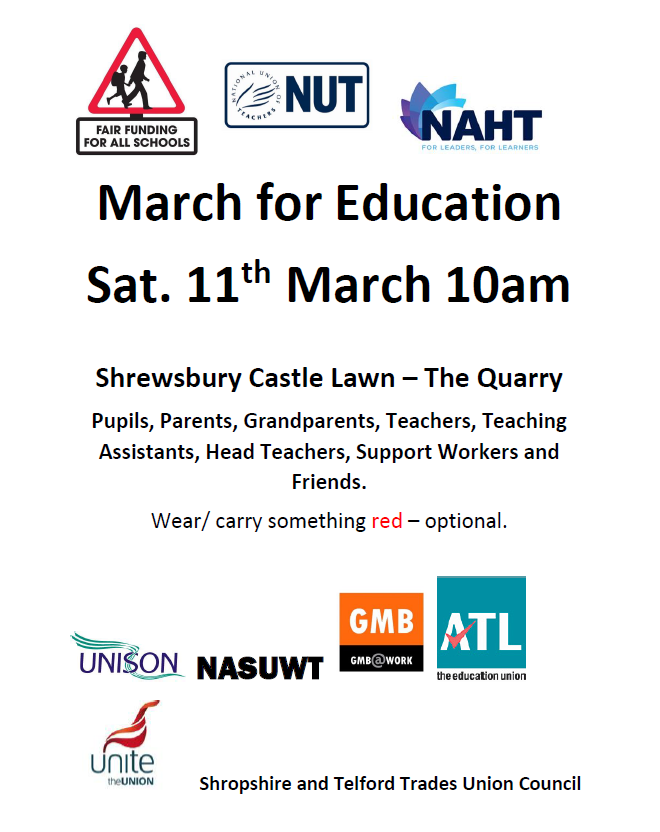