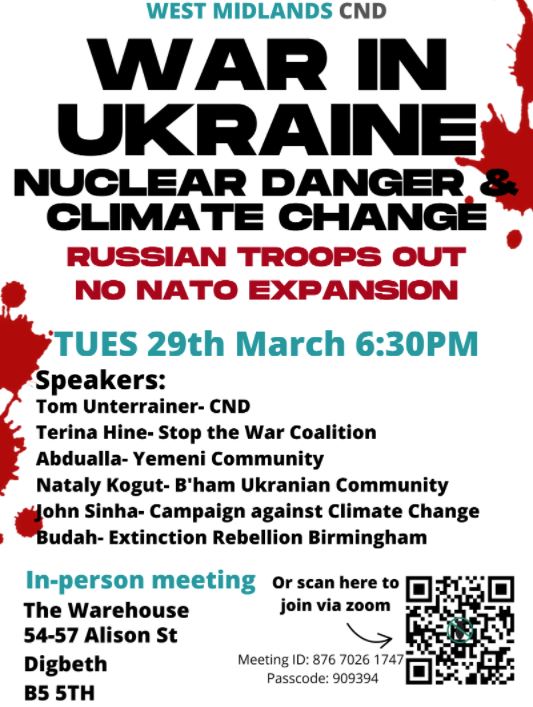 How trade unions are supporting people in Ukraine

they recommend to send solidarity donations via the ITUC emergency fundraising appeal @ https://petitions.ituc-csi.org/support-ukraine

The International Trade Union Confederation’s Ukrainian member organisations FPU and KVPU are providing support to families who desperately need assistance. Trade unions in neighbouring countries including Poland, Slovakia, Hungary, Romania and Moldova are supporting the increasing number of refugees. (The ITUC represents 207 million workers through its 331 affiliated organizations, includes the TUC, within 163 countries)

other statements from unions: 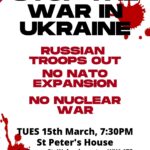 This was a hybrid public meeting, with speakers from NEU union, West Midlands CND, Stop the War, local vicar and a member of the Labour Party( in a personal capacity) organised by Black Country Stop The War