• Public services lobby of Parliament – UNISON provided a coach for local lobbyists; none of the Wolverhampton MPs saw us.
• Despite letters to all local MPs, none of our MPs replied to our request nor voted for the simple Lawful Industrial Action (Minor Amendments) Bill – this was the best opportunity for many years to have achieved any breakthrough in the Campaign to Repeal the anti-union laws. The Bill fell due to the lack of Labour MPs who bothered to attend Parliament.


• Kick Racism Out of Football leaflet of Wolves FC, 3600 leaflets in 45minutes and coverage in the Searchlight magazine.


• Two lively protests were organised by UNISON and attracted NUT and UNTE members as well as service users and members of the public. and lobby of the 3rd November Cabinet and full Council meetings We were threatened with arrest by the council's new Chief Executive. 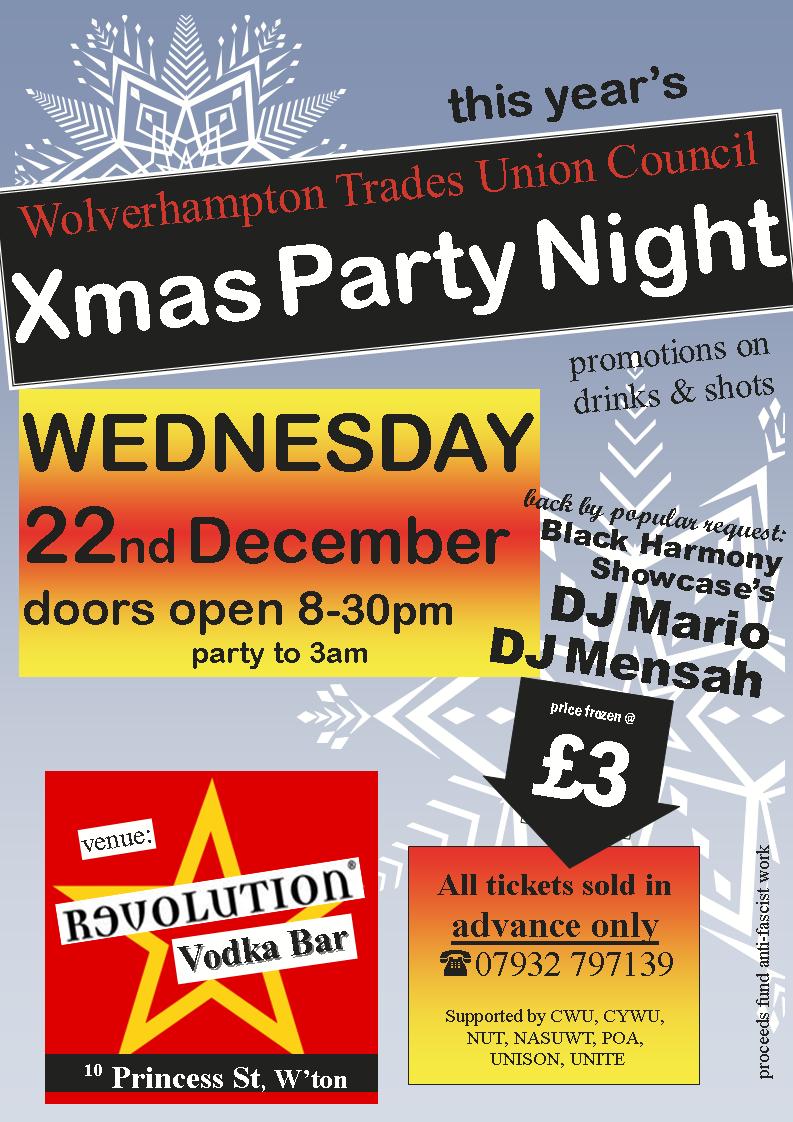 Available at meeting, in time for Xmas!! Our latest range of stylish anti-fascist t-shirts, hats, anti-Thatcher CD, May Day polo shirts and 2 new mugs – a Union=Safety mug and a trades council design Or visit www.wolvestuc.org.uk if you can’t wait!