3 coaches went from Wolverhampton and joined over 50,000 demonstrating through the centre of Manchester at the Tory conference.

Conservatives get a taste of people power   http://www.morningstaronline.co.uk/a-b048-Conservatives-get-a-taste-of-people-power#.Uki7rtK-pIw

Save Our NHS demo – a fantastic day with over 50 thousand people marching through Manchester, to deliver a clear message to delegates at the Conservative Party conference that we mean to save our NHS.

he TUC has launched the NHS Campaigners’ Guide to download a copy and help us continue to fight for our NHS, defend jobs and public services and say no to austerity.

Finally, we really hope you enjoyed the day and don’t forget to visit the Save Our NHS demo blog to see photos and messages from the event.

The fight is not over yet. We need to keep the ‘Save our NHS’ message alive by:

The TUC organised a major demonstration on 29 September in Manchester, where this year’s Tory Party Conference took place, to protest at the government’s attack on working people and their families, in defence of the welfare state and to let everyone know there is an alternative.

Britain’s unions are the backbone of Britain’s anti-austerity movement; the only group that can build a mass political movement for change. And one of the key groups for implementing that campaign in the local community, reflecting local needs and concerns but as part of the national picture, are the trades union councils. 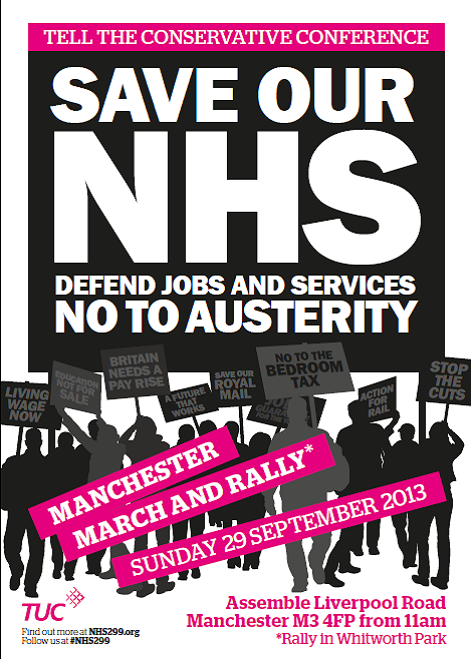 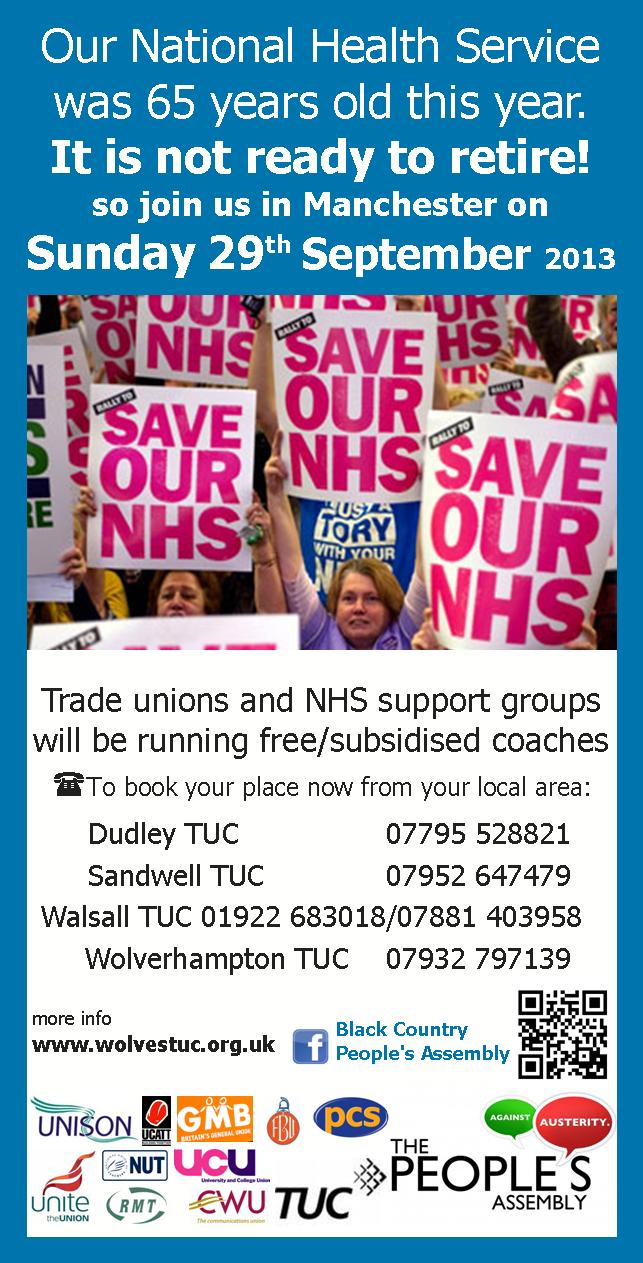 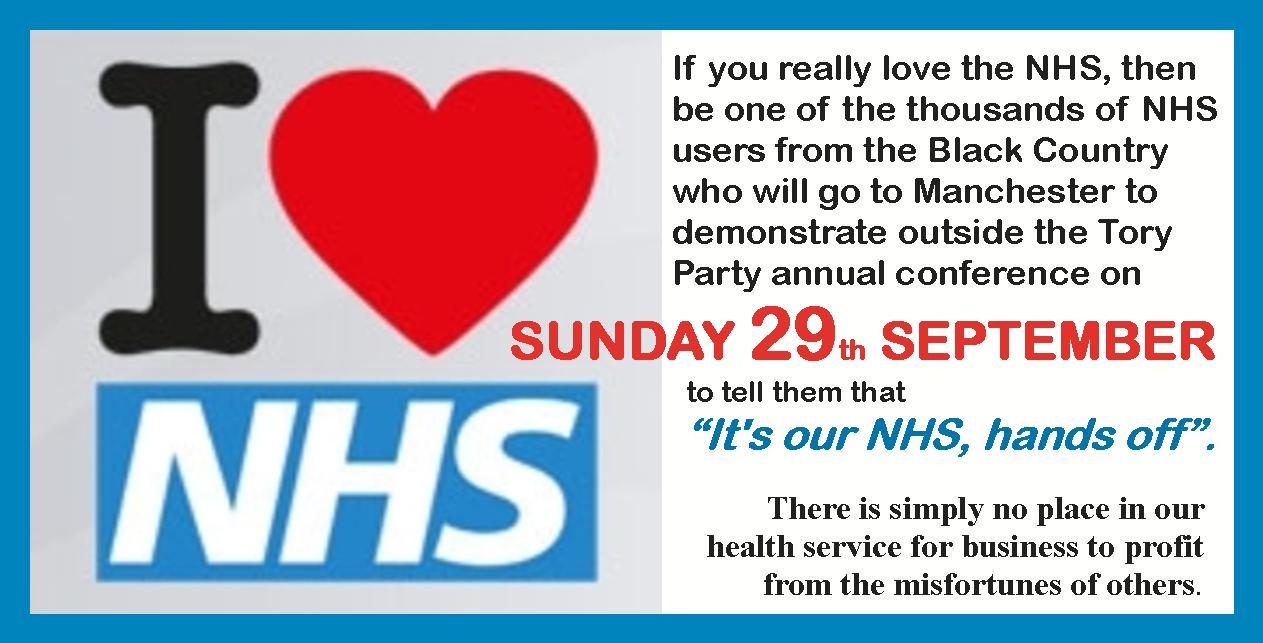