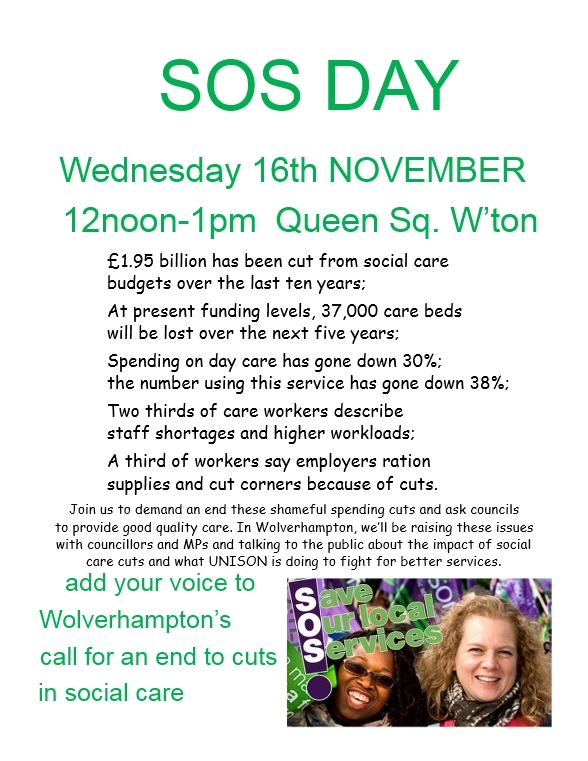 £1.95 billion has been cut from social care budgets over the last ten years;

At present funding levels, 37,000 care beds will be lost over the next five years;

A third of workers say employers ration supplies and cut corners because of cuts.

Join us to demand an end these shameful spending cuts and ask councils to provide good quality care. In Wolverhampton, we’ll be raising these issues

with councillors and MPs and talking to the public about the impact of social care cuts and what UNISON is doing to fight for better services.

UNISON is the UK’s largest public service union. Our members are employed in the public, private and voluntary sectors but they all help to provide public services including the social care on which many older people rely.

UNISON’s Ethical Care Charter is widely recognised as the standard for good practice and good employment in social care.

UNISON’s Save our Local Services Campaign was set up in 2014 to bring together our work against local government cuts. This campaign is far from

over as cuts are planned for council budgets through to 2020.

On SOS Day 2016, across the UK, UNISON and local communities will join together to raise awareness of the impact of underfunding and privatisation