The life and times of George Africanus, the African child taken from his home and family and brought to Wolverhampton at a time when it was fashionable for affluent families to have a Black ’servant’, and he grew up with the Molineux family from the age of three.  Apprenticed as a brassfounder at 9.

At 21 he was released by the Molineuxs and moved to Nottingham and later set up an employment agency for servants.

The community volunteers at the refugee led organisation ‘Belong Nottingham’ took on research into his life, as he moved to Nottingham to become a successful business man. and they are telling his story. 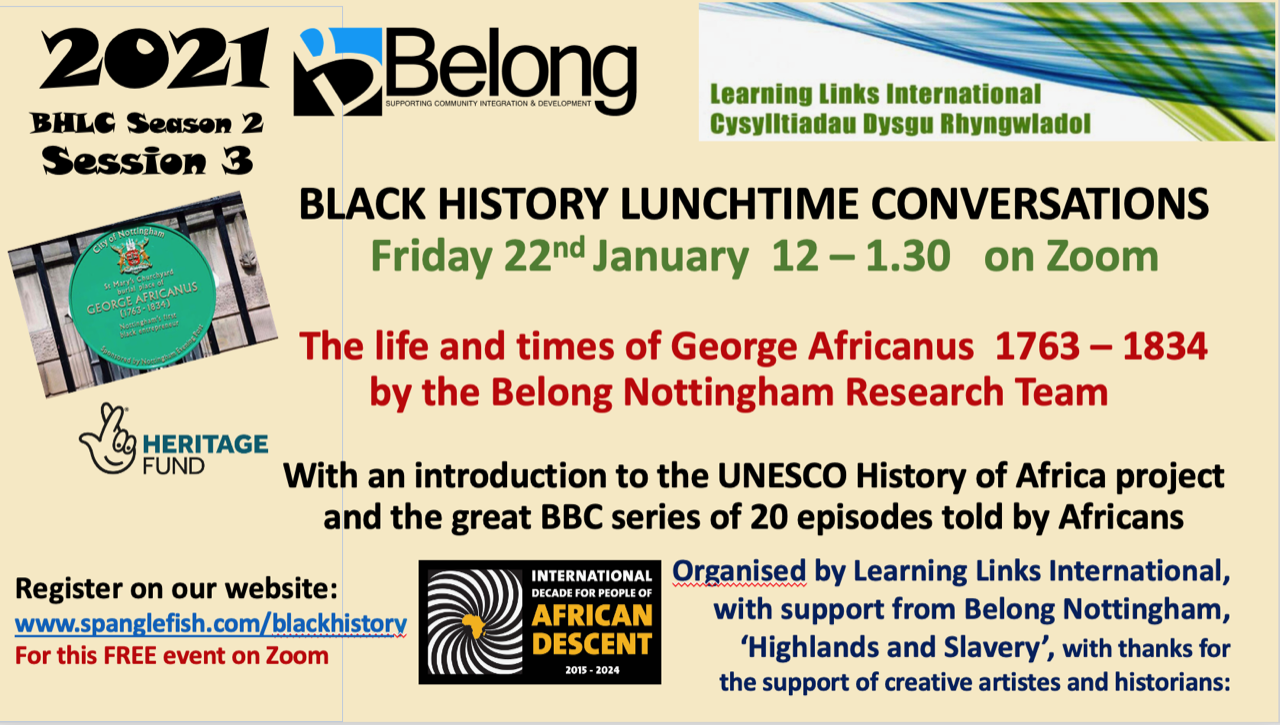