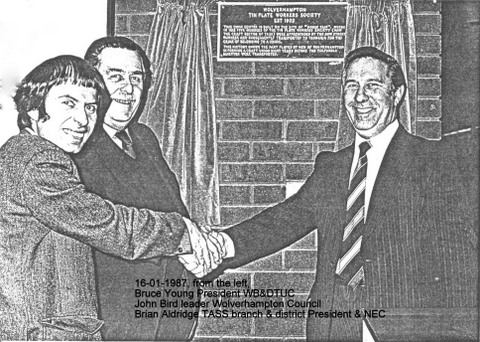 A ceremony at the Wolverhampton Civic Centre took place on Friday 16th January, in which NCC member and TASS NO.4 District President Brian Aldridge unveiled a plaque on the wall of the reception area of the Civic Centre, commemorating the five sheet metal workers who in 1819 where transported to Tasmania for the crime of belonging to a union.

Owing to atrocious weather, many people from out lying areas who would have liked to be present could not make it, in particular Ken Gill and Tom Nelson sent in apologies for not being able to get to Wolverhampton, but wished the venture every success.

The Wolverhampton Trades Council was represented by its President

Prominent among the union representatives present was the Assistant General Secretary of the Locksmith’s Union Dave Thomas. N.A.T.P.E., N.A.L.G.O., U.C.A.T.T., C.T.P.U., and T.&.G. were also represented.

The get together was a resounding success and Wolverhampton TASS members felt that our union branch was now getting the recognition it richly deserves, being the oldest continuous union branch in the U.K. We can go back to 1802 with certainty and we know that records destroyed at the time of the arrests would have shown Wolverhampton had a craft union in the 1700s, as it certainly will still have in the 2000s. 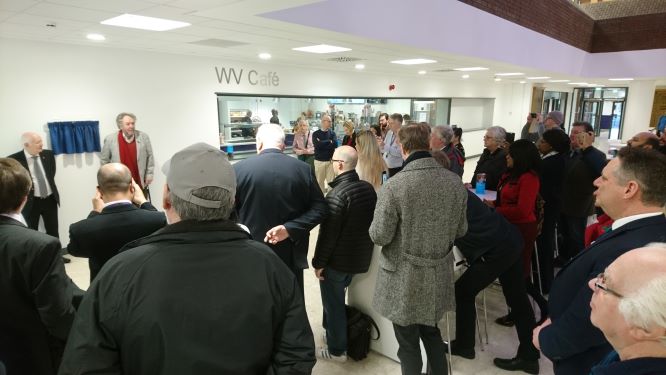 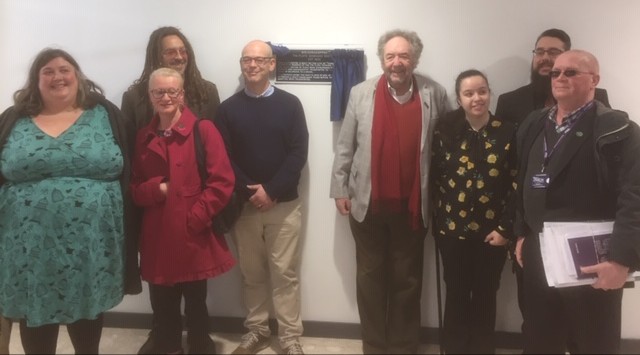