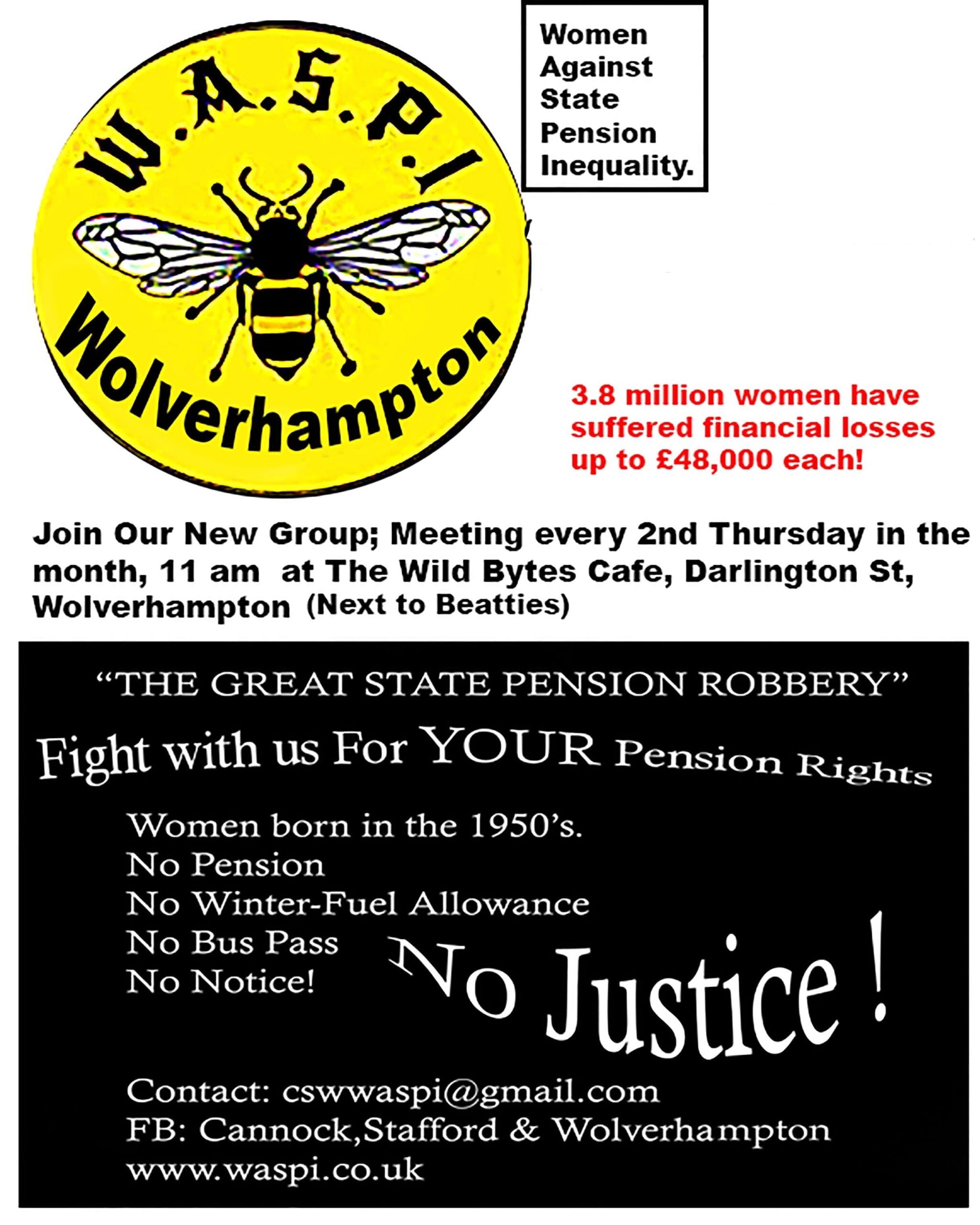 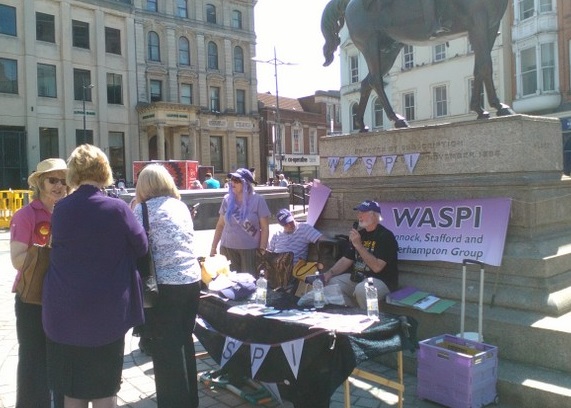 WASPI fights the injustice done to all women born in the 1950s affected by the changes to the state pension law (1995/2011 acts) raising pension age for women from 60 to 68 and to achieve fair transitional state pension arrangements. They raise awareness and offer speakers.

A new local group of Cannock, Stafford and Wolverhampton WASPI has been established

Raising the pension age was the fastest £500 billion ever raised by the government and paid for banks’ economic crisis.

Lynn Trannah from the local group spoke at our Feb 2017 meeting.

150 local WASPI groups formed in 2 years of the campaign

Two Parliamentary debates and support from 120 MPs. Contributions below age of 21 were not counted.

Pension ages can be checked on www.waspi.co.uk

Jeremy Corbyn raises the Waspi issue of women’s pensions, when he poses a question from Maureen who claims women born in the 1950s have been “disgustingly” treated.http://www.bbc.co.uk/news/av/uk-politics-39723834/pmqs-corbyn-raises-waspi-issue-of-womens-pensions 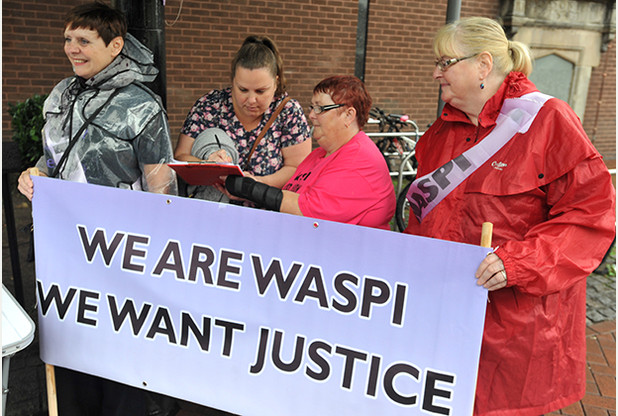