Annual rally to celebrate the longest strike in history: Schoolchildren ‘went on strike’ in 1914 to support their teachers, sacked by the rural squirearchy for organising agricultural workers. 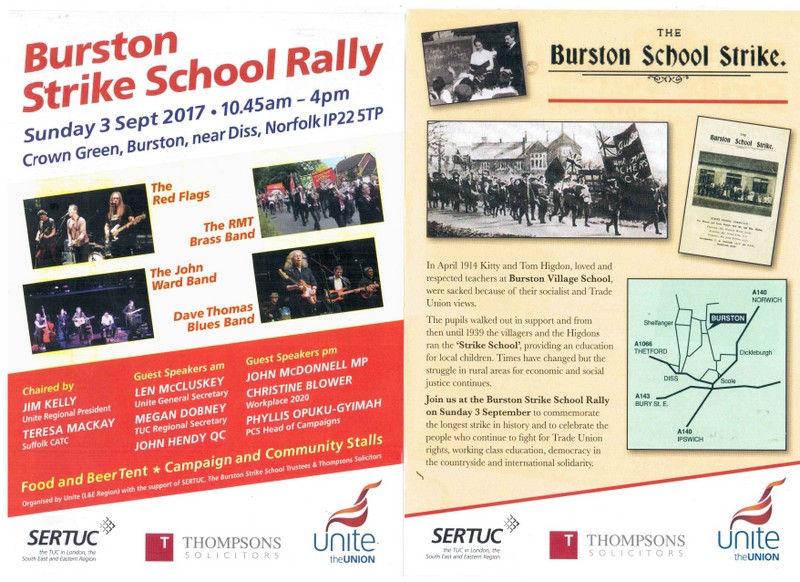 leaves Coventry at 8am and be back in Coventry for 8pm

seats £12 (tbc) including Sunday roast in Newmarket on way back

If you are interested in going from Wolverhampton email info@wolvestuc.org.uk

Annual rally to celebrate the longest strike in history: Schoolchildren ‘went on strike’ in 1914 to support their teachers, sacked by the rural squirearchy for organising agricultural workers.

The small school was set up by sacked teachers Annie and Tom Higdon and is where they taught the village children who, for 25 years, went on strike to support them.

Every year since 1984 there has been a rally on Burston Green in Norfolk to commemorate the Burston School Strike. On the 1st of April 1914, schoolteachers, Tom and Kitty Higdon were unfairly sacked and the schoolchildren 66 out 72 went on strike. Marching, singing and flags waving they demonstrated a magnificent show of rural working class solidarity in defence of their popular teachers. They refused to attend the state school and started their own independent Strike School. The strike continued until 1939.

The introduction of American styled free schools and academies will bring about a big attack on teachers wages and conditions as seen in all the industries and services that have already been privatised.

Under the coalition government all the advances made in education are about to be swept away by the demise of state schools and the privatisation of education through the introduction of so called ‘free schools’ academy colleges and the increase in university fees.

Burston is an inspiration for all those who want to defend the gains of the past and learn from history how to fight back. Because of the impeccabe struggle of the Higdon’s, the school children and the villagers of Burston, Burston was a victory. 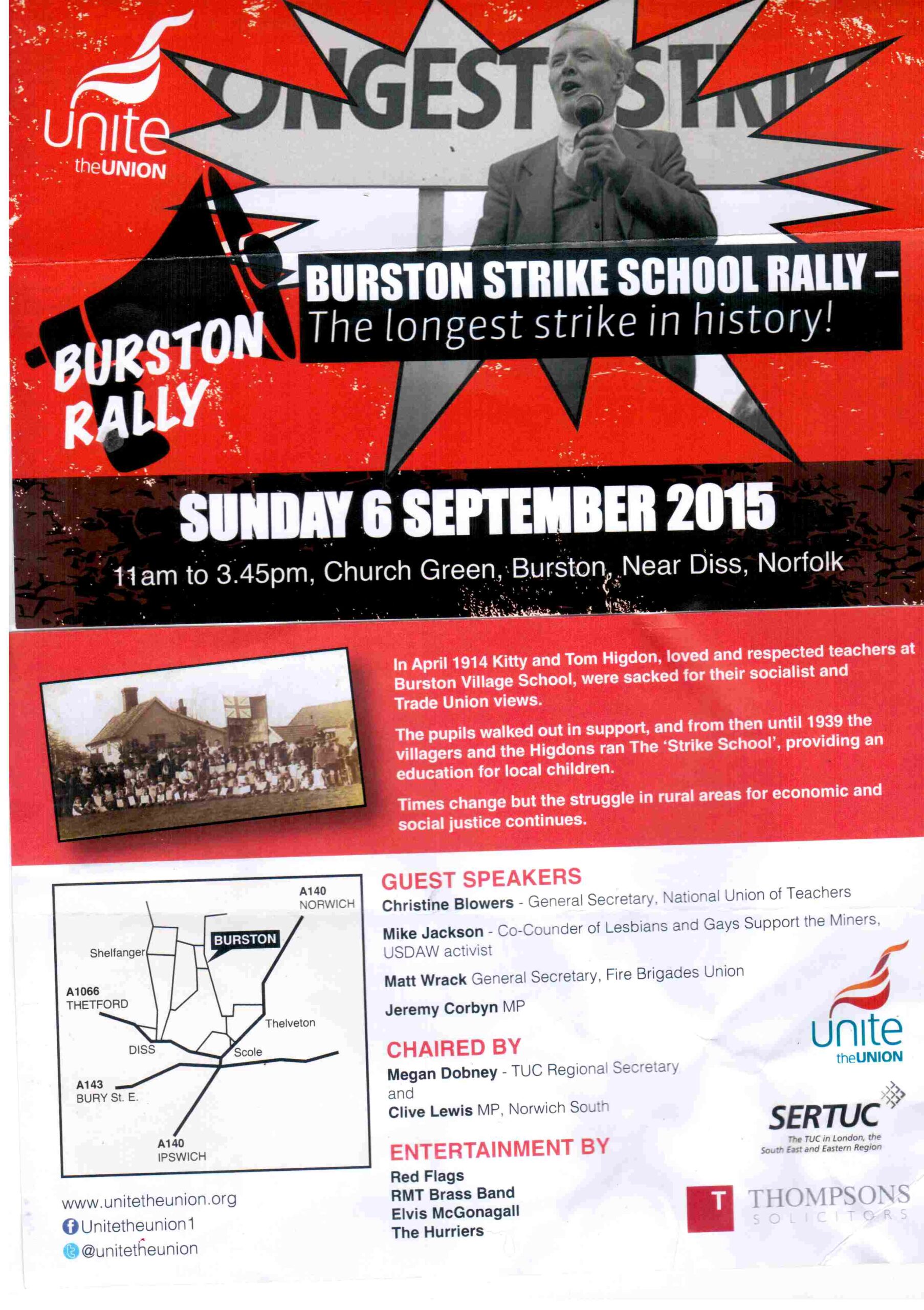