UCU members at City of Wolverhampton College  – 91% of UCU members voted in favour of action short of a strike while just under 70% voted in favour of strike action. This was in opposition to Management who had  issued a section 188 notice for 160 potential job losses. They have a strong and well organised branch with over 280 members.

In response, College bosses have abandoned compulsory redundancies and accepted a small number of voluntary redundancies; therefore the strike did NOT go ahead on 21st June and UCU plans for this day to picket all campuses in the morning have been called off. Protest continued: 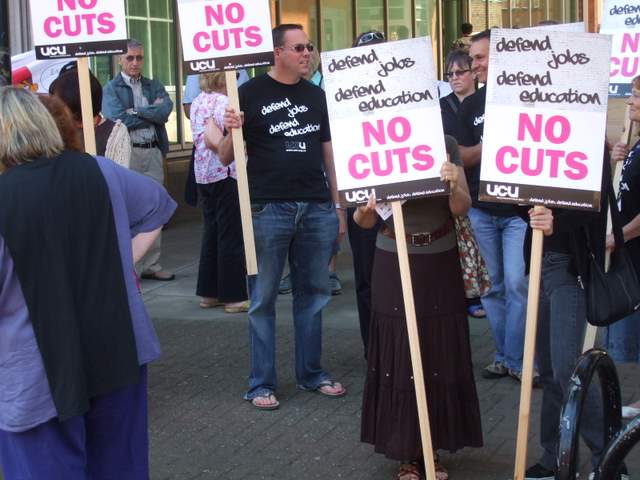 11.45am Protest from the City Centre Campus (Metro One) joined by Unison members from the College and other Trade Unionists from Wolves TUC

At noon all protesters will start to march through Dudley St towards the Wulfrun Hall for a Rally.