Once again our campaigns triumph, resulting in higher election turnouts and in Bushbury North & Springvale the fascists had their lowest ever number of votes!

Every BNP candidate who stood in the 2012 local elections across the UK, has lost. This includes those BNP councillors up for re-election. Neither did any of the other fringe facsist parties succeed. This is a fantastic rejection of their racist politics.

The BNP defeat means that there is no BNP councillor in Burnley for the first time in ten years. Other previous BNP strongholds like Calderdale, Rotherham, Amber Valley, Nuneaton & Bedworth, Three Rivers and Epping Forest are also now BNP free zones. This leaves the BNP with just three councillors, down from a high of 57.

In these difficult economic times it is only a matter of time before the fascists – in the guise of the BNP or some other party – once again pose a threat. But as the council election results show for 2012, not just yet!

14.2%  last again and the lowest number of votes the fascists ever got here

2nd weekend 80% of Bilston North completed with 16 volunteers  (mainly UNISON helpers) and rest was completed during the week, braving the April showers.

Vote on Thursday May 3rd Springvale, Bushbury North, Bilston North for ANYONE EXCEPT the fascist BNP 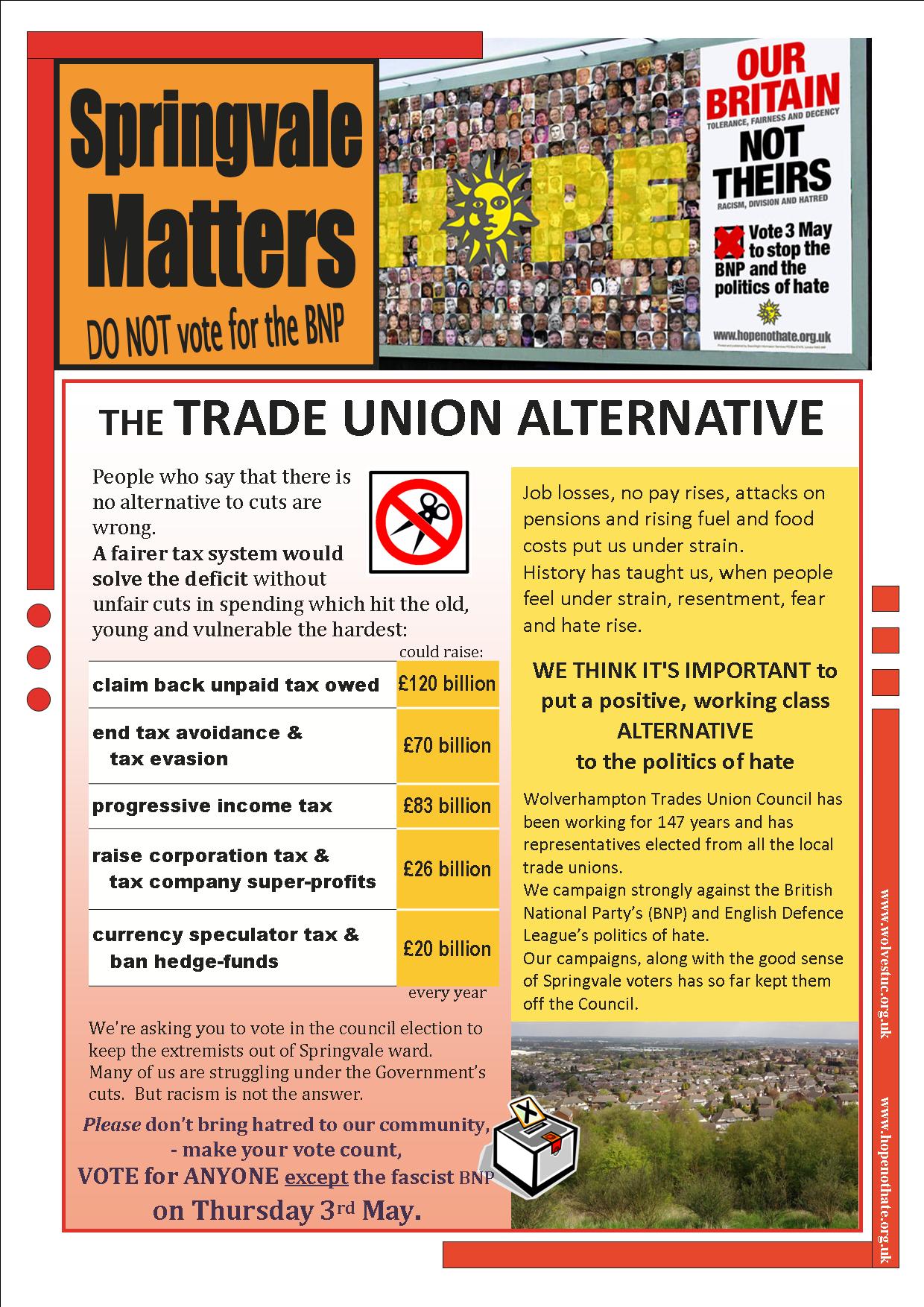 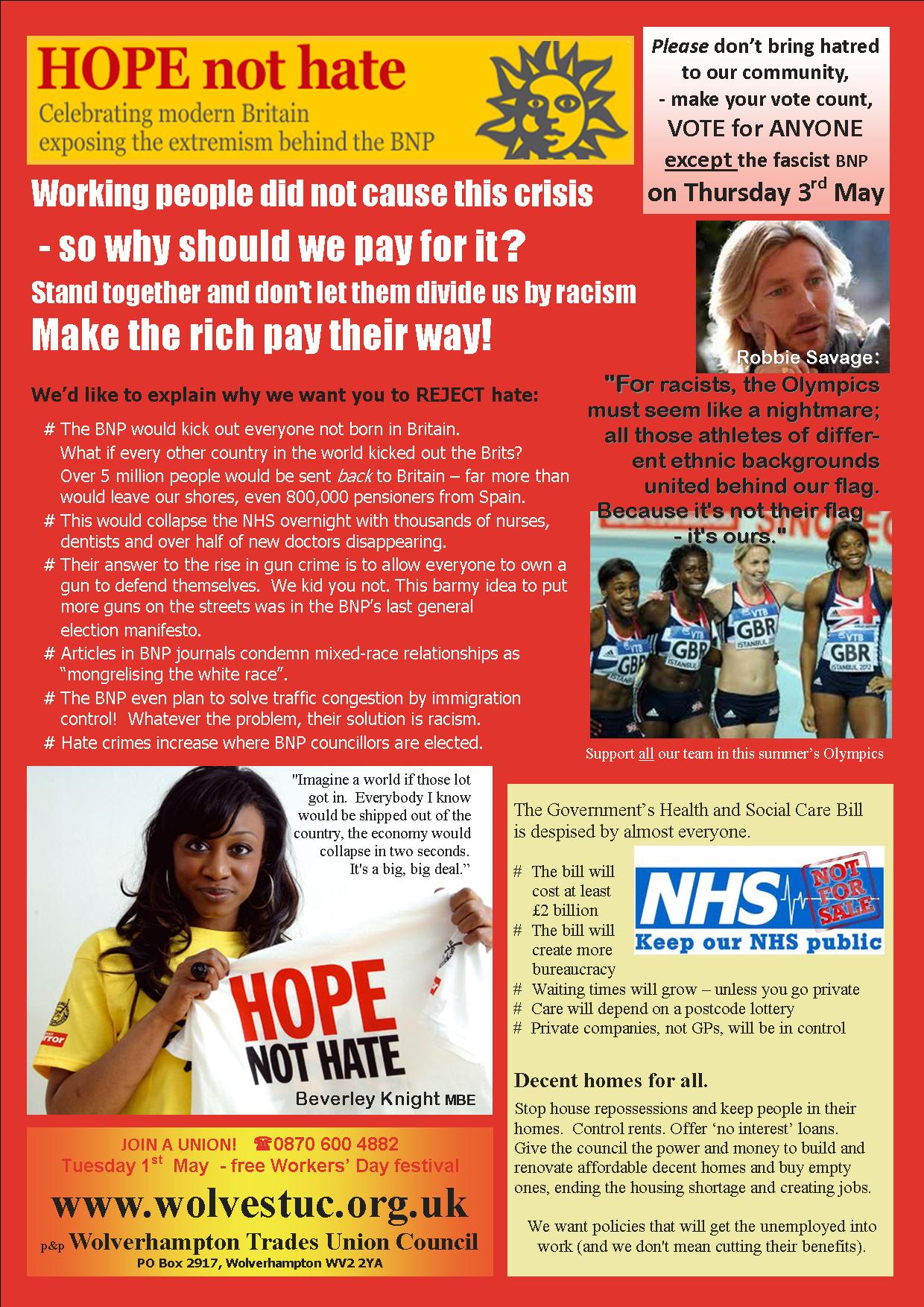 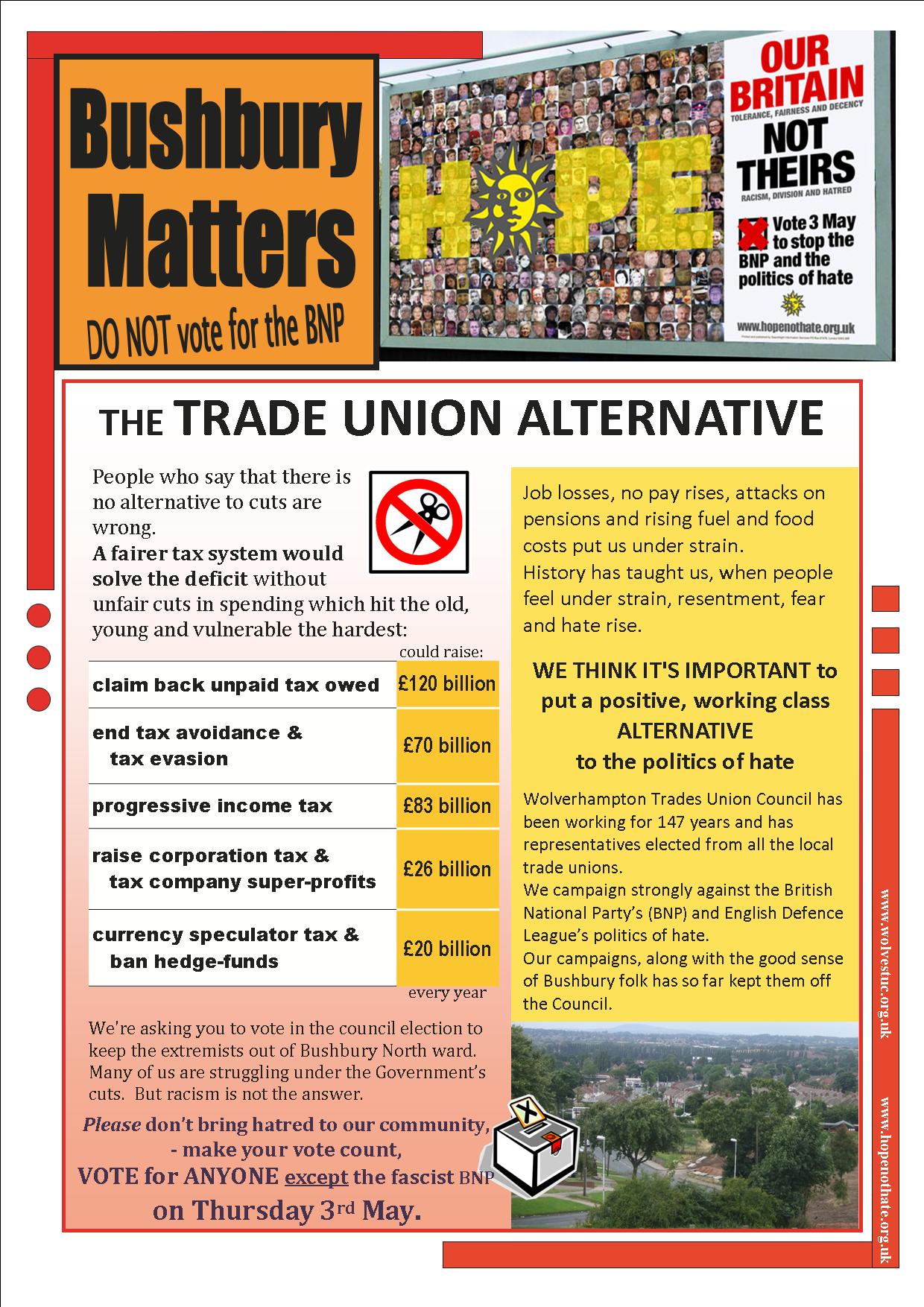 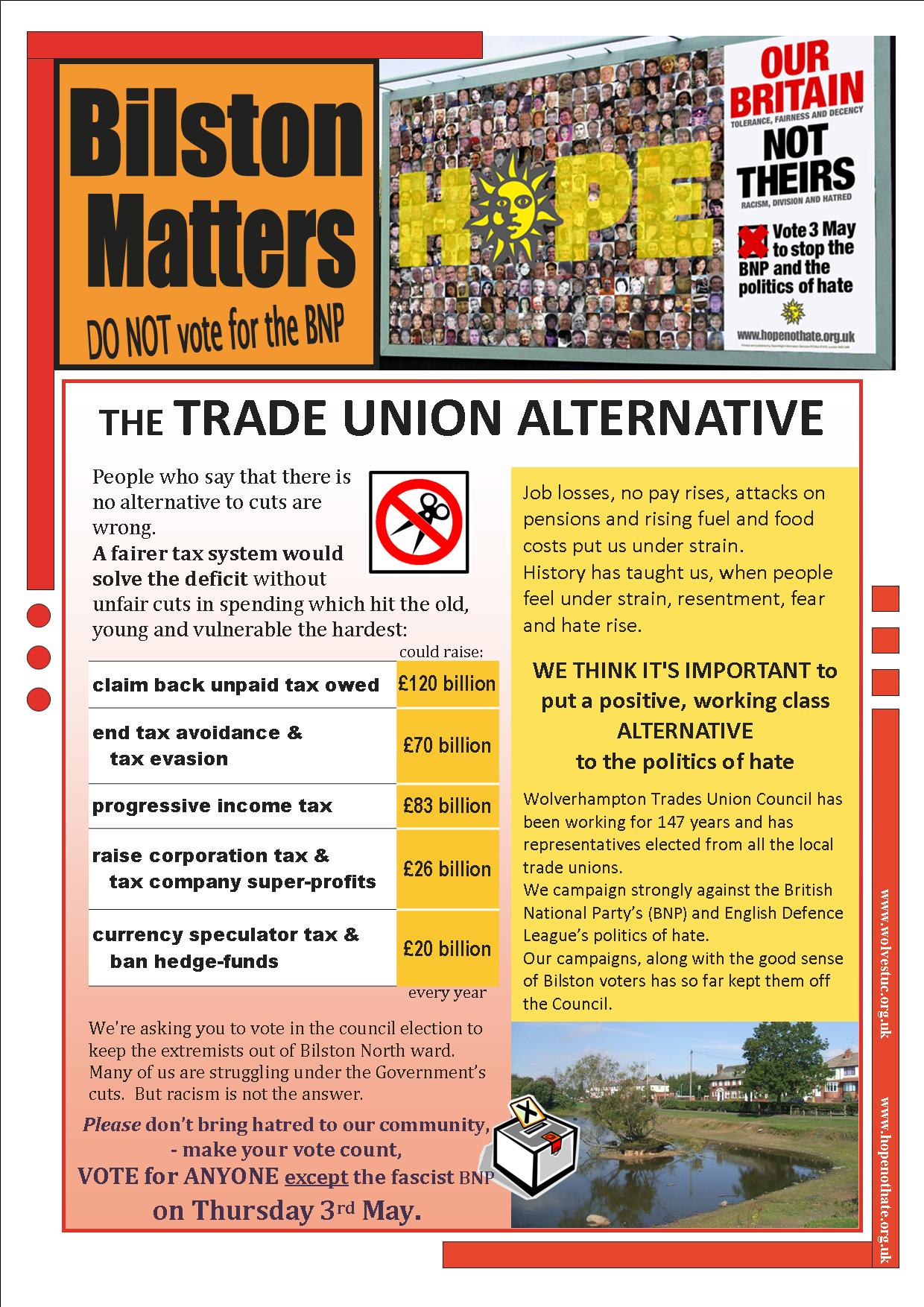