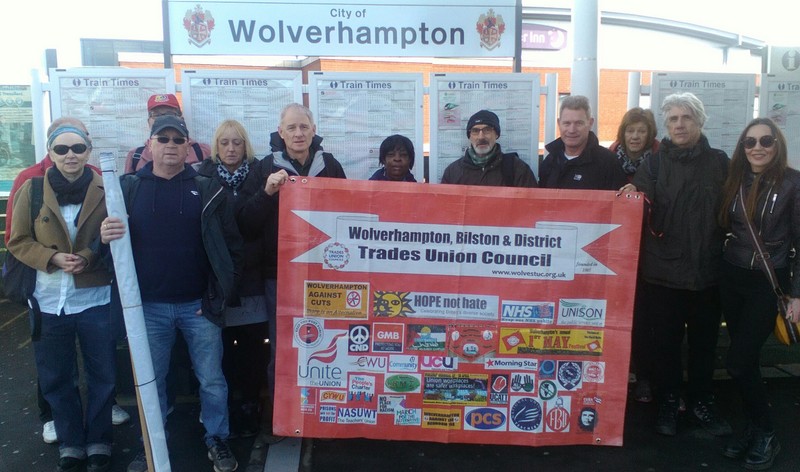 Campaigning journalist Ros Wynne-Jones will be giving the lecture this year. Places must be booked MKesterton@tuc.org.uk

Following recent developments a further briefing to keep trades union councils up to date with information on the TUC engagement with the WMCA.

The theme is good health and safety for all workers whoever they are and will focus on inequalities in occupational health and the role unions play in narrowing the inequalities gap. The TUC will particularly want to focus on the hidden and new “gig economies”, the risks faced by migrant workers and the issues of gender and class.

costs of £1,300 – funds are being sought payable to “Wolverhampton May day Committee”

15 union branches still to re-affiliate to us for 2017 – forms have been sent out to branches again.

SUCCESS – Wolverhampton, Bilston & District Trades Union Council and Wolverhampton General UNISON branch called on Wolverhampton Council to sign up and incorporate the campaign’s recommendations into it’s employment practice. A report went Cabinet in February 2017 and this was agreed.