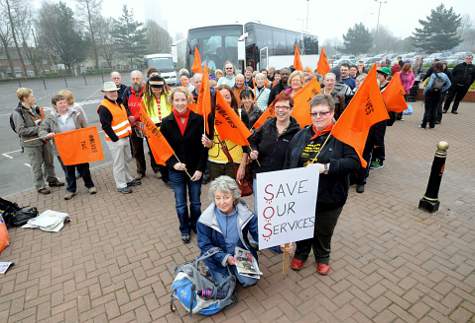 We told the government they need to change course.

A record 10 coaches went from Wolverhampton! 4 UNISON, 2 UNITE, PCS, NUT/NASUWT/ATL, UCU and ours. On the 2million Stop the War demo there were 5 coaches taken down.

See which MPs have supported the Early Day Motion praising the demo and calling for an alternative.

4. What a great day to build on – Morning Star 27 March, Comment

8. BBC Footage on You Tube from 26 March
At 5:49, you can clearly see a hooded protester show "something" to an
officer before being let through. Only a moment earlier the same officer was freely
wielding his baton against other protesters – John Millington

13. Sound Off For Justice at March for the Alternative – music from the march

16. A letter to the UK Uncutters from the ‘violent minority’ 28 March

17. On violence, protest and London's March for the Alternative Paul Sagar, 28 March 2011
And soon to follow, some ideas on what to do next, how to maintain the momentum…
Deep spending cuts damage public services, hit the vulnerable and threaten recovery.

They're dangerous, unfair and unnecessary. But there's an alternative – one that's fair, safe and sustainable:
• A Robin Hood tax on the banks
• Close tax loopholes
• Policies for jobs and green growth

False Economy website with all transport going from around Britain 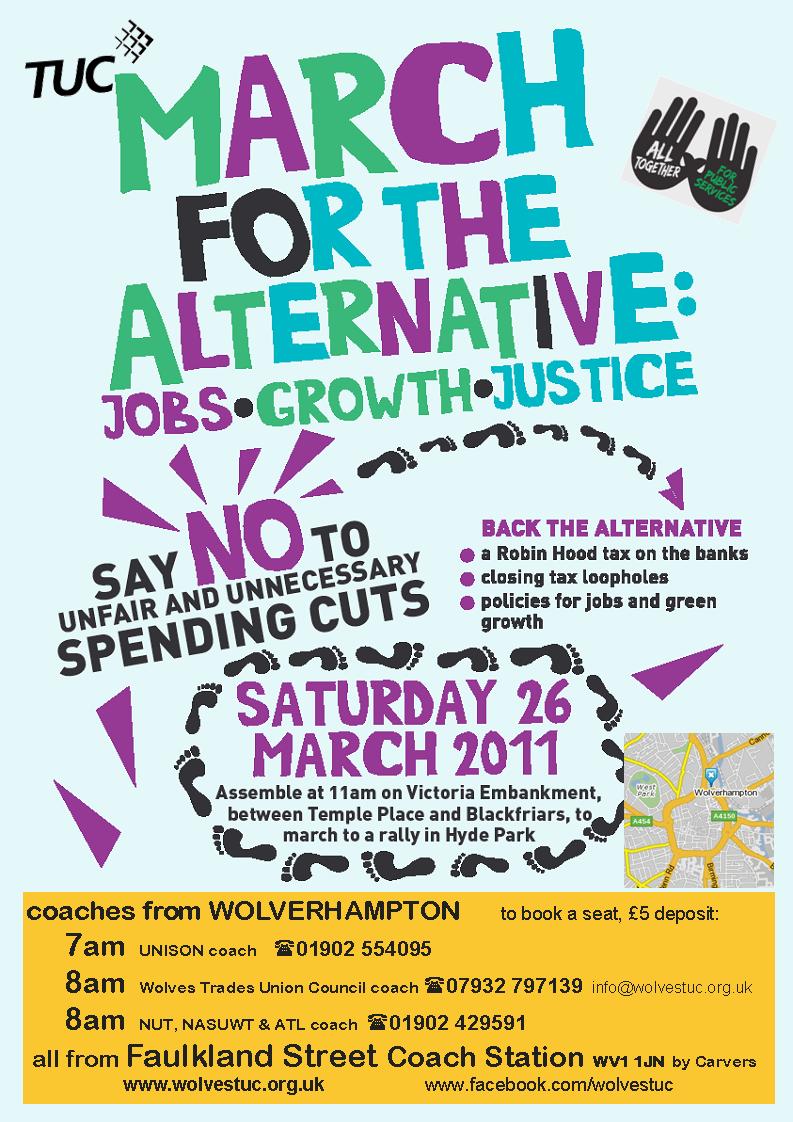 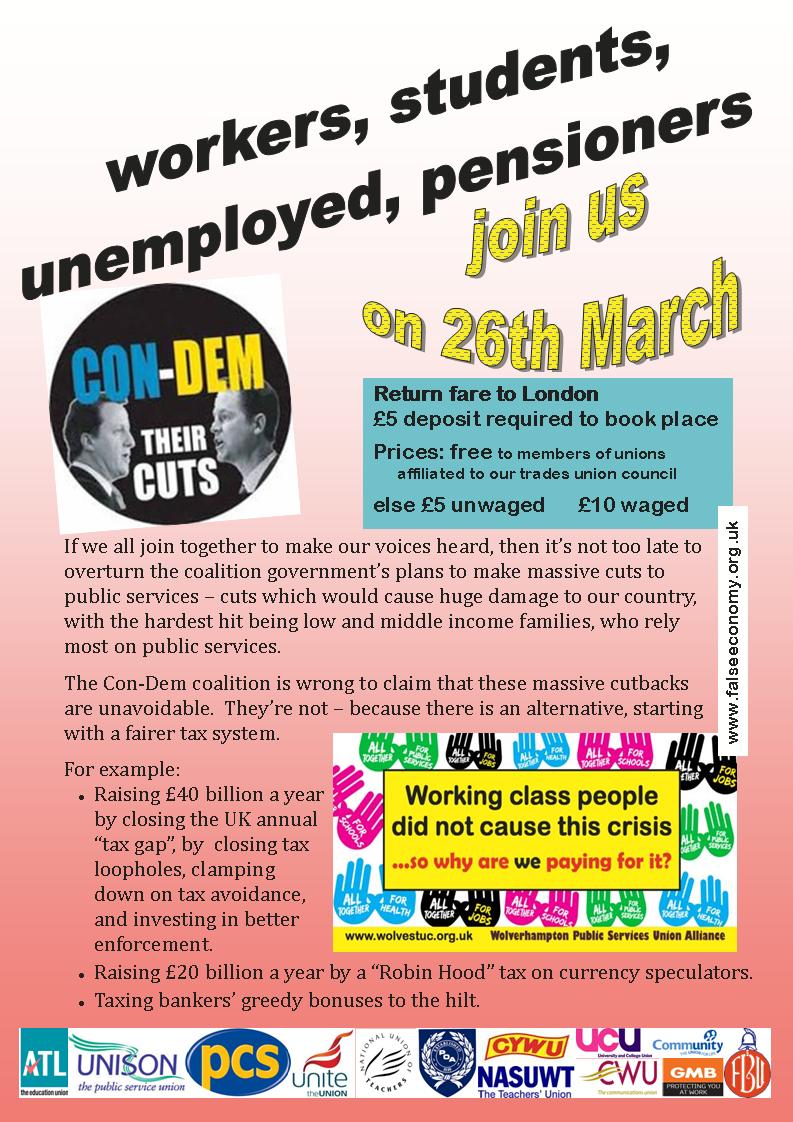